Daubert Or Not Daubert

Does It Make A Difference?

A Brief Discussion Of

In Hallmark v. Eldridge, the Nevada Supreme Court reaffirmed that Nevada had not adopted the standards for credentialing expert witnesses found in Daubert v. Merrell Dow Pharmaceuticals, Inc. (“Daubert”), but could be influenced by its logic. Although Nevada’s statute governing the admissibility of expert evidence in its courts closely tracks its federal counterpart, the similarities between the two are not binding. Despite the similarity between these statutes, the Nevada Supreme Court has endeavored to maintain its independence in interpreting the Nevada statute, and avoid it being swallowed whole by the body of federal jurisprudence interpreting—and extending—Daubert.

Nevada law allows its courts to act as gatekeepers in admitting expert testimony. First, an expert must be qualified to testify in an expert capacity—testimony that is based on qualifications or experience in an area of specific, technical or other specialized knowledge. In making this determination, the Hallmark court directed courts to consider the following factors:
1) the witness’ formal schooling and academic degrees;
2) licensure, where appropriate;
3) employment experience; and,
4) practical experience and specialized training.


Based on these qualifications, the court determines whether or not a witness may testify as an expert. If the court determines that he or she is not qualified, then expert testimony is not allowed—he or she can only testify to the information known firsthand, without drawing conclusions based on specialized training or qualifications. Even if the witness is allowed to testify as an expert, though, it is not the end of the court’s oversight of his or her testimony.

Based on their special qualifications, expert witnesses render their opinions (appropriately known as “expert opinions”) about the facts and circumstances underlying a case. These opinions, however, must be relevant to the case and based on reliable methodology. Normally, both sides in a lawsuit hire separate experts to pick apart the other’s conclusions, explaining why they are inaccurate or flawed. This battle of the experts presupposes that their opinions are admissible, though. Where expert testimony is so flawed as to its methodology—or not based on recognized methodology at all—the court can exclude it.

The Hallmark court provided specific factors for courts to consider when making these determinations. When evaluating an expert opinion based on a specific methodology, the court should analyze its reliability based on whether:

1) it is within a recognized field of expertise;
2) its method is testable and has been tested;
3) it is published and subjected to peer review;
4) it is generally accepted within the scientific community; and,
5) it is based more on particularized facts than assumptions, conjecture, or generalizations.


Similarly, the Hallmark court cautioned that where expert opinions are based on the results of a technique, experiment or calculation, the court should delve into four non-exhaustive factors when determining its admissibility, including whether:

In the Hallmark case, the Nevada Supreme Court was confronted with the specific question of whether inclusion of the defense biomechanical expert’s testimony created reversible error, requiring a new trial. A trial court’s determinations about the admissibility of evidence are reviewed by appellate courts for abuse of discretion, giving the trial court wide berth to manage the proceedings before it. Not all errors require reversal of the trial court’s decisions, though. For reversal to be appropriate, the appellate court must find the evidentiary ruling caused prejudice to the appealing party: “that, but for the error[s], a different result might reasonably have been expected.”

The Nevada Supreme Court found that the trial court overstepped its discretion in the Hallmark case on numerous bases. While the expert witness properly was allowed to testify qua expert, the defense failed to produce evidence that the expert opinions could be replicated or tested; did not have experience relevant to the damages in the case; and were formed without knowing the underlying facts needed to make sound calculations. Additionally, the lack of evidence about how the expert’s testing was conducted, and whether it was reliable and replicable, doomed the expert’s testimony to inadmissibility on appeal. In short, there was no foundation in the record to support why the purported expert testimony was more valuable than lay opinion based on the experiences and expectations of a person with no specialized training or expertise.

As is often the case in Nevada, though, the Supreme Court recently issued further guidance in applying the Hallmark decision. In March 2016, the Nevada Supreme Court rendered its opinion in Rish v. Simao that rolled back an over-reliance on Hallmark in certain cases. Specifically, the Nevada Supreme Court’s Rish decision cautioned that while the biomechanical opinions offered in Hallmark were inadmissible, that did not mean that biomechanical opinions were universally invalid. Instead, the issues in Hallmark arose largely from inadequate foundation and being “based more on supposition than science.” Despite the Hallmark decision finding that certain evidence in that case was erroneously admitted, the Supreme Court’s Rish decision specifically cautioned that testimony is “not necessarily precluded in every case.”

Taken together, the Hallmark and Rish decisions offer critical guidance—and re-affirmation of its importance—in qualifying experts and their opinions in trial. Nevada still is not a Daubert jurisdiction, but the invisible hand of that decision and its progeny can be felt molding the State’s jurisprudence on expert testimony. By properly documenting an expert’s credentials and opinions, they stand a better chance of being properly admitted, and avoiding the delay and cost of a mulligan if their inclusion creates reversible error on appeal.

J. Malcolm (“Jay”) DeVoy is the owner of DeVoy Law P.C. DeVoy focuses on providing representation in commercial disputes, serious personal matters, and advising medical professionals and practices about issues including HIPAA, the Stark Law, and the Anti-Kickback Statute. 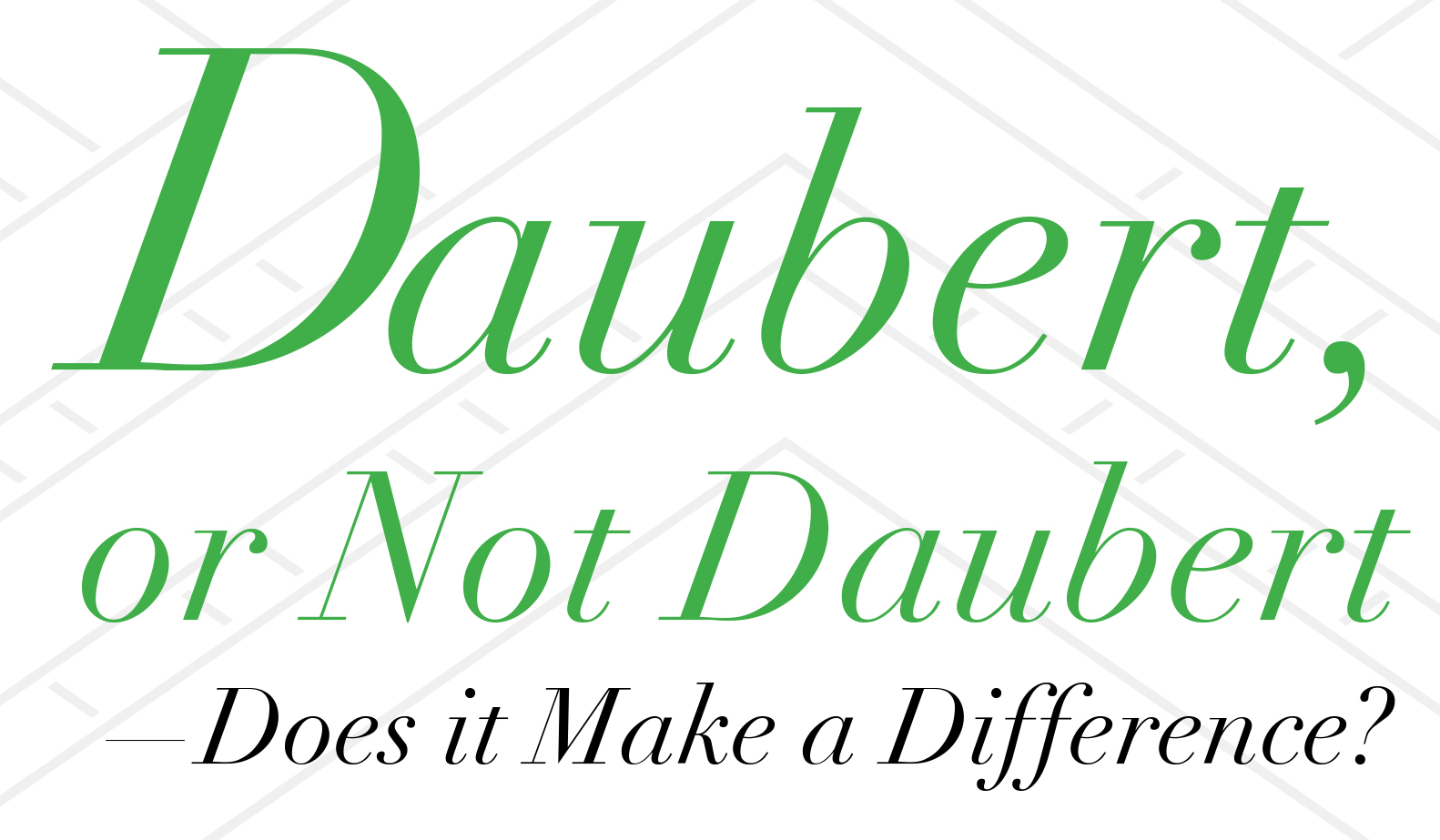