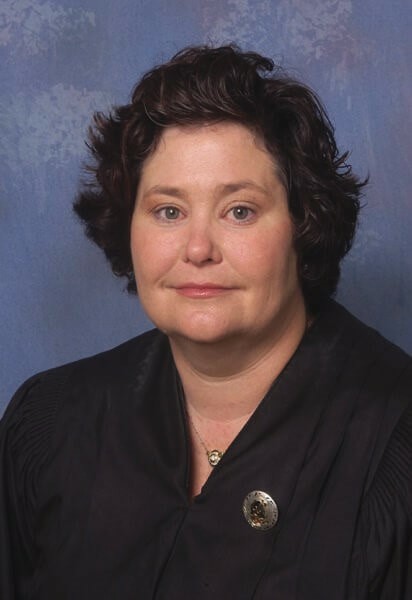 Elizabeth Gonzalez handles business, civil and criminal cases. She was appointed to the district court in July 2004. Prior to taking the bench she practiced predominantly in complex civil litigation that included business, mass tort, and construction defect litigation. From 1986 to 1998 she was employed with the law firm of Beckley, Singleton, Jemison & List where she focused on these areas of litigation and served as the firm’s president from 1997 to 1998. From 1998 until taking the bench she operated her own firm.

Judge Gonzalez is the former President of the Board of Directors of Clark County Legal Services and a former member of the Eighth Judicial District Bench Bar Committee on Pro Bono. She has long been dedicated to the provision of legal services to all members of the community. Ms. Gonzalez was first recognized for her support of pro bono by the Clark County Pro Bono Project in 1992 and in 2002 was selected Attorney of the Year by the State Bar of Nevada Access to Justice Committee. She served on the Clark County Legal Services Board, which now coordinates the provision of pro bono services for all of Clark County for over ten years. In 2007 and 2012 she was awarded the Justice Nancy Becker Award of Judicial Excellence.

The Trial by Peers Program is a partnership of the judiciary, the juvenile justice system, and the Clark County Bar Association diverting certain youthful offenders from the juvenile court system. In 2007 and 2010, Judge Gonzalez was selected as Judge of the Year by the Trial by Peers program.

Since her admission to the Bar, Judge Gonzalez has served on many bar committees, including service as the Regional Chair for the State Bar of Nevada Fee Dispute Committee and a member of the State Bar of Nevada’s Functional Equivalency Committee. She also serves as a Master Emeritus of the Nevada American Inn of Court which has as its purpose the enhancement of Nevada lawyer’s practical skills, professional awareness and ethical responsibility.