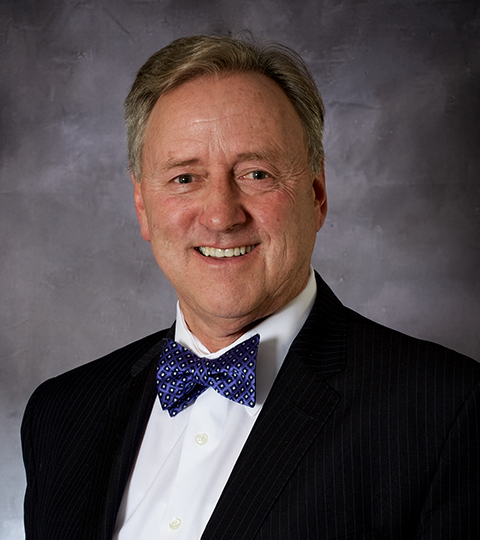 John Hunt was born in 1954 in Boston, Mass. Upon graduation from high school in 1972, he enlisted in the Air Force and served as an administration specialist in Alabama and New Hampshire. While on active duty, John attended night classes at the University of New Hampshire. In 1976, he left active duty and moved to Las Vegas to attend the University of Las Vegas Nevada and serve in the Air Force Reserves at Nellis Air Force Base.

After graduating from UNLV in 1979 with a Bachelor of Science degree in accounting, John was hired by the Nevada Gaming Control Board as an auditor. In the fall of 1980, he moved to California to attend the University of San Diego, School of Law. After his first year, Nevada Senator Howard Cannon offered John a legal intern position in Washington, D.C. During his three years at USD, he served as an ad hoc member of the Admissions Committee, and after graduation was selected as the USD Law School’s Director for Recruiting.

Armed with his law degree, John returned to Las Vegas and worked as an associate with the Law Firm of Morton R. Galane. During his tenure with Galane, John worked on a number of high profile cases including cases between the Riviera Hotel, Allen King, Joan Rivers, Liza Minnelli and Buddy Hackett; litigations against Clark County and the Brisco Construction Company; and Wayne Newton’s NBC libel trial.

John is currently a partner in the law firm Clark Hill, who acquired Morris, Polich & Purdy, where he has been since 2013.

For the past 28 years, his legal career has included almost every aspect of law. He has practiced from Traffic Court to the 9th Circuit Court of Appeals. He has argued before the Nevada Supreme Court and practiced before the 9th Circuit Court of Appeals. He has also been admitted to practice before the United States Supreme Court. He has participated as counsel in the major real estate transactions, family law matters, commercial litigation and medical malpractice. Additionally, he has litigated on behalf of the Union Pacific Railroad for the 28 years regarding enforcement Federal Employee Liability Act. He is also a member of the National Association of Railroad Trial Attorneys.

When not practicing law, John spends time with his three adult children, family and friends. His numerous hobbies include golfing, singing, traveling and hot air ballooning.