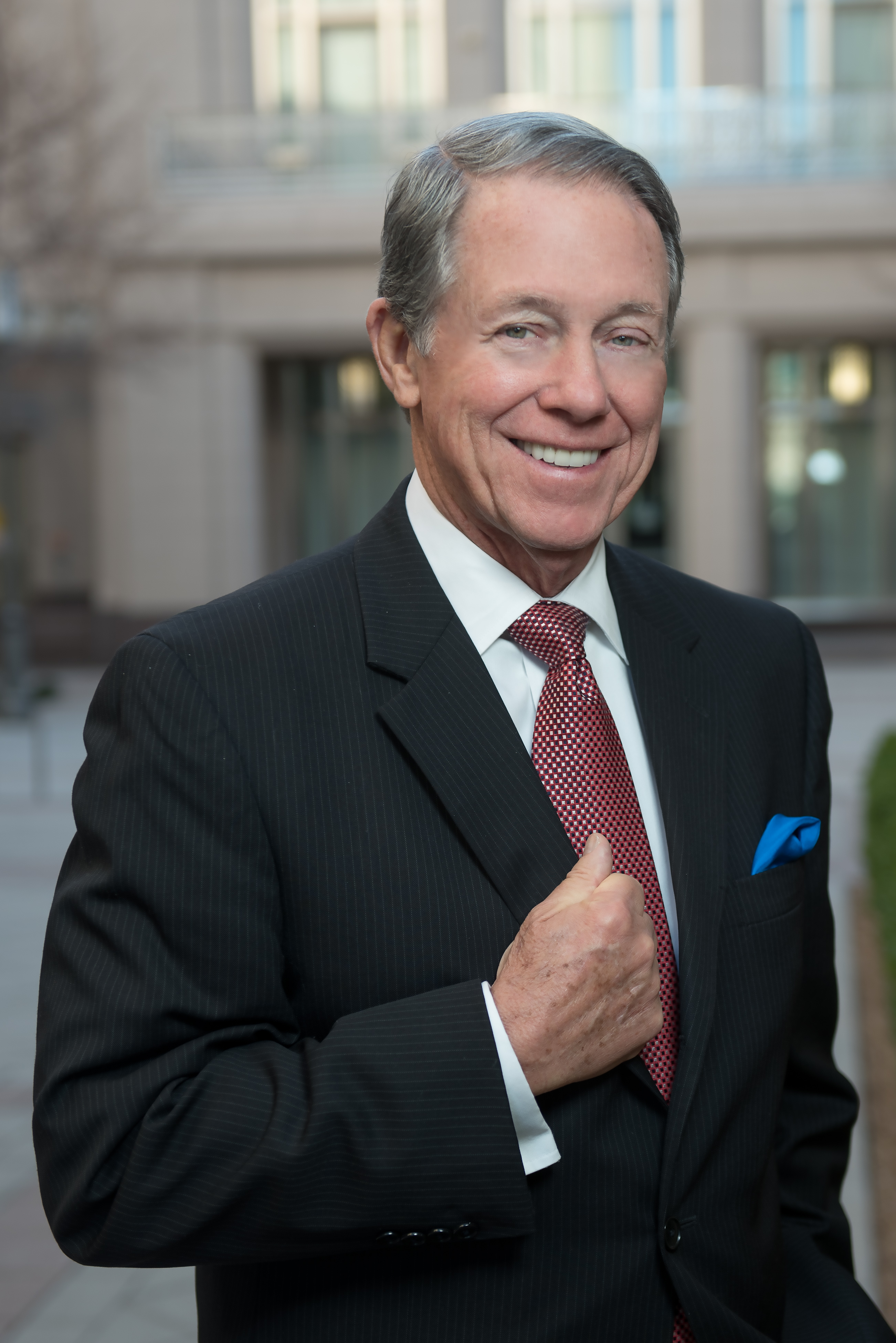 Vegas Legal Magazine: You had the most trusted position in gaming in the entire state of Nevada, the head of the Gaming Commission, that’s what the entire state runs on, the idea that gamblers get a square deal in Nevada. How did you get to that point?

John O’Reilly: Over a period of 15 years I developed a very close professional, personal and working relationship with Gov. Richard Bryan, who was governor when he appointed me to the Gaming Commission in 1986. My initial term began in January of 1987. I was then appointed to a four-year term that I fulfilled from 1987 to 1991.

VLM: Las Vegas was a very different place at the time, a city in flux, and we were threatened by the specter of organized crime. Bryan was a firm believer that these guys had to go.

JO: That’s true, and one of the blessings of life is to have to developed a  working relationship with Gov. Bryan, Attorney General Bryan, and before that legislator Bryan.

My accounting background with public accounting work, my MBA and law degree, and my experience I shared with him. It enabled us to work together from the first day we began office together in the mid-70s.

From my perspective, that period of time in the history of gaming in the state of Nevada was unique. We were transitioning from yesterday’s world of Las Vegas to today’s and preparing for tomorrow’s world of Nevada, which was very gaming-centric at the time, even more so than it is today.

The issues that we dealt with, with mobsters, with Black Book hearings, was epitomized by Black Book entries related to Carl Thomas, Lefty Rosenthal, and many others. This time was a transformational  opportunity to clean up some of yesterday while at the same time we were dealing with the first two $1 billion issues and in our world of gaming. One was the Caesars World  billion-dollar green mail, as it was called, takeover attempt.

It was a real marked contrast in terms of dealing with “yesterday” in terms of the Black Book and mobsters, and then dealing with Wall Street and billion-dollar  transactions at the same time.

Even more exciting during that same period of time was dealing with the incredible growth and development that was being pursued by the leaders in our community — Kirk Kerkorian, the Hiltons, Steve Wynn, the Gaughans, the Boyds and others —  who provided a real dynamic to our industry and our community that has never been duplicated and probably won’t be. But it’s the foundation of where we are today.

VLM: The FBI at the time put tremendous trust in Dick Bryan as a straight shooter. That helped allow major banks and corporations, legitimate capital, to thrive here. And you had everything to do with that.

JO: Bryan made it very clear from the first discussions of my appointment: John, as the chairman of the Nevada Gaming Commission, I will not interfere with you in any way. I want you to do what you believe to be right.

I said, well can you give me a hint, based on your years of experience, what might be asked, at the press conference announcing my appointment? I’m not looking for your answers, just a hint as to the questions. That was our first and only discussion regarding  the independence of the Commission. He made it quite clear.

Before then, I used to stay periodically at the governor’s mansion. He said you’re not staying there anymore. It has to be clear to everyone that you are independent. The decisions are yours, he said, not mine.

The banks, the FBI and the Treasury Department all played a role.

JO: In those days I spend a lot of time interfacing with banks as well as the FBI.

I sat down with the two deputy directors for the FBI, at their headquarters in DC, and suggested we have a very frank conversation. I led off saying I live in Las Vegas, my wife and I have four kids and we are committed to the community in terms of law and order. It’s important to us and our family, friends and neighbors. I realize there are some among you who think that there is probably a mobster under every rock in our community. Others who have spent more time here, you understand that the vast majority of us are law-abiding and God-fearing people committed to the community. I want to have that frank discussion, so you know we’re with you and can trust us. I can assure you that if you think there are individuals doing bad things in our community, we’re there to ferret them out. That includes every one of our licensees. If any bad things are going on, their licenses are in jeopardy. I hope you will appreciate that, understand it and take advantage of it in a positive way.

The first guy said, you’re right. I agree with everything you said. I’ve lived in Las Vegas. I understand Joe over here, he hasn’t lived in Las Vegas so he thinks there’s a mobster under every rock. So that’s the way the initial discussion went for an hour and a half.

The same thing with Treasury when we’re doing the whole debate on what the dollar amount should be for the paper trail on cash transaction reports, whether it should be reduced to less $10,000. It was led by two prosecutors who had blown prosecutions. So they blamed it on the absence of paper. We’re going through this debate about whether to change it in this big conference room. And there’s a guy sitting off to the side just listening to the debate. He comes up afterwards, he says, I lived in Las Vegas a long time. I want to tell you, the problem with some of these people is they don’t understand. They think paperwork is the problem. I said, are you with the IRS? Yep. Are you a CID agent? Yep.

I said, I owe you an apology. He says, why? I said, when I looked over at you I thought you were an asshole. Now I know you’re a nice guy. We laughed about it. We stayed in touch in terms of an open dialogue, a cooperative approach that did not pit us against Washington D.C. in terms of more and more paperwork. The then Treasury Secretary also took an interest and was quite helpful.

So it was interesting having that kind of dialogue at the time between Treasury, the banking institutions, investment bankers. In those first six months, I also spent time with S&P and Moody’s. I said, how do you guys rate gaming paper? What kind of marks do you give the Nevada gaming regulatory system vs New Jersey?  This  dialogue was also  helpful.

Look at some of the statistics from the Gaming Commission report.

In four years we had 95 meetings, normally it’s just one a month.

We had 3,196 gaming applications, 44 disciplinary matters, we had 16 excluded persons, which were the Black Book hearings, more than in the entire decade before. We had 71 regulatory amendments for adoption projects. Emergency orders of suspension for serious regulatory problems, we had five, which doesn’t include the issues  we addressed with Treasury or the FBI, which we never publicized.

VLM: The Mirage opening in 1989 took Las Vegas to the next level, with the MGM Grand following, Las Vegas becomes an entirely different place. It changed dramatically. After you left the Commission, how did it affect your career?

JO: It had a very positive impact. Some thought I would use it to launch a political career, but that was never my intention.

Because of our public-private partnership approach to gaming, I was able to develop a number of relationships during those years, many  of which have lasted a lifetime and continue to last in business. They are very fulfilling from a personal standpoint as well as in terms of our legal business and other business opportunities for us and our many clients.

VLM: How do you see your firm fitting in now? There are so many law firms but so few that have lasting roots going back decades. You’re known as a business guy, transactions, financial background and a litigator.  You’ve also been on the “inside.”

JO: I am in the same business today as far as practicing law that I’ve been in since about 1973 when I got out of the U.S. Air Force. Once I was licensed to practice law in Nevada, transitioning from the Air Force, I set up my own practice and it’s the same basic practice we have today.

The initial client we had was the U.S. Air Force, which morphed into the executive branch of the U.S. government, which we represented to oppose what was then called Nevada Power on their rate increases. This allowed me to use my accounting and business background to change the dynamic and the rate structure in Nevada from what it had been before based on that initial client relationship.

Being chairman of the Gaming Commission was a part-time job but it took about 1,000 hours a year. I continued to maintain what is now the O’Reilly Law Group all along. I did so even as I was chairman of a NYSE company. I did so as I was on the board of NV Energy, then Nevada Power, for the better part of 20 years. Tim (O’Reilly) and I and others are in the same business in which my participation dates to the early 1970s. It existed even before I got there since my initial relationship was with a lawyer named Milton Keefer, who was the first chairman of the Gaming Commission. Some of his relationships morphed into the practice which is now the O’Reilly Law Group, which has continued to evolve through the years.

We’ve had the opportunity to expand dramatically, but we’ve resisted that. We think we can best serve our clients in the business form that we have now, which is dedicated, vibrant and as large as we need to be to serve both our small and very large clients. We continue to stand ready to serve clients whatever their size and whatever their needs.