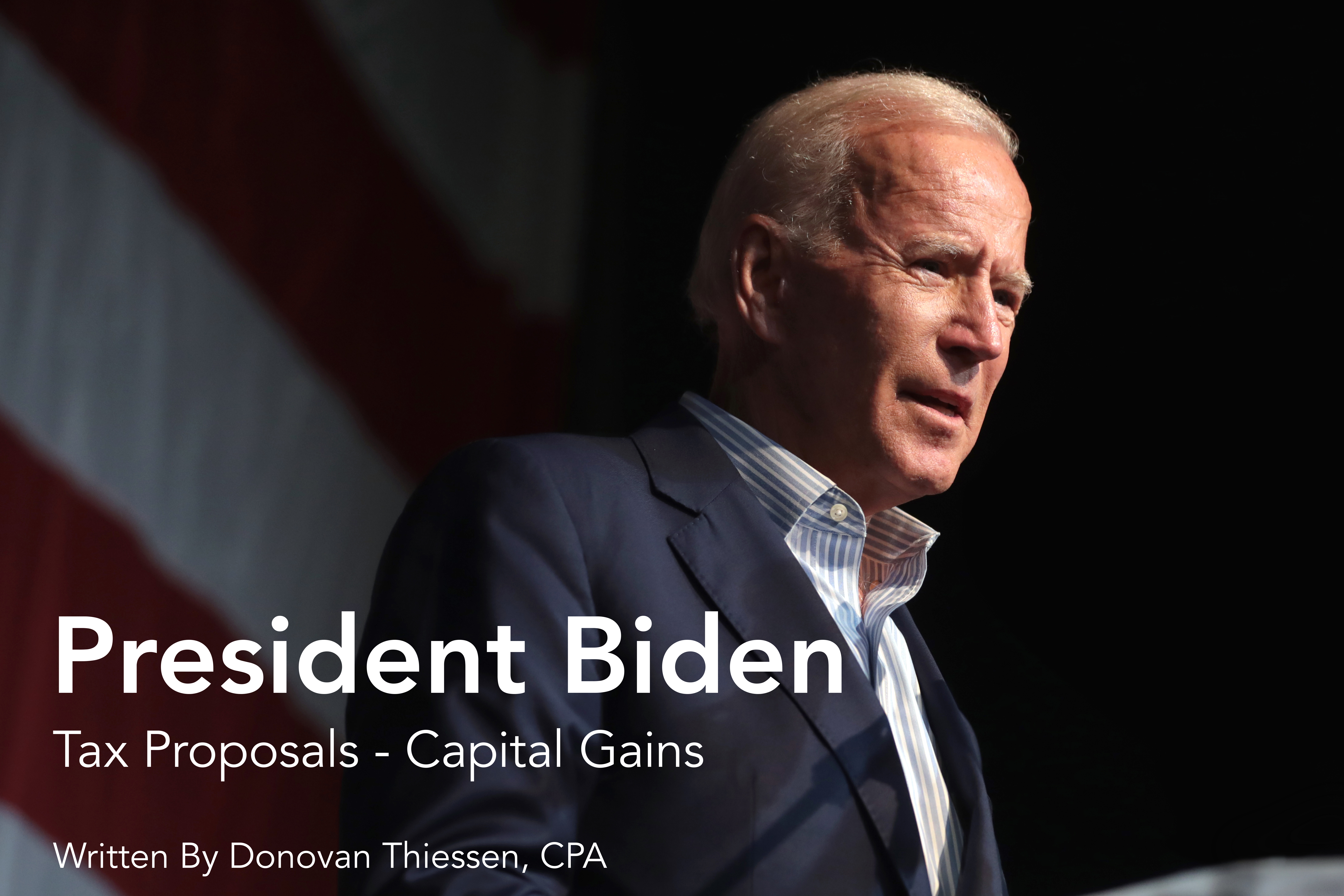 At the beginning of this summer, President Biden released the 2022 proposed Federal budget. Alongside the projected spending, the budget gives details to the many proposed tax changes described in the American Families Plan and the American Jobs Plan that were released in April and March this year, respectively. The top tax rates for individuals are projected to increase, along with corporate income tax rates, and a reduction of the estate tax exemption, all geared so that wealthy taxpayers pay more income tax. This article will review changes specifically related to capital gain taxation.

The 2020 income tax rates on long-term capital gains and qualified dividends have a “preferred” income tax rate of 15% for taxable income between $80,001 to $496,600 for married filing joint (MFJ) and for single filers it is $40,001 to $441,450. The rate increases slightly, to 20%, for single filers with taxable income above $441,451 and $496,601 for MFJ. These preferred rates as we have known them have been in effect since 1998 with some variance along income ranges. Long term capital gains apply to capital assets that are held for longer than one year before being sold.

Biden is proposing that taxpayers with adjusted gross income (AGI) over $1 million will have capital gains taxed at ordinary rates, rather than the current preferred rates. For these taxpayers, qualified dividends and long-term capital gains would be taxed at 39.6%, and potentially be subject to the Net Investment Income Tax of 3.8%, which would be combined at 43.4%. For those living in States that have an income tax, it would push the combined tax rate range to approximately 48% for these income types. As a reminder, the Net Investment Income Tax was introduced with the Affordable Care Act, and designed to subsidize health insurance plans offered by the state’s health insurance marketplace.

As an example, a taxpayer that has AGI over $1 million and has a qualified dividend or long-term capital gain in 2020 of $300,000 (assuming net investment income tax applies to all of it) would pay 23.8% (20% + 3.8%), or $71,400, in federal income tax on that income. Same set of facts, but with Biden’s tax proposal: 43.4% tax rate (39.6% + 3.8%) is $130,200. An increase of $58,800. This affects shareholders of C Corporations that receive dividend income, many regular investors and people who have held cryptocurrency for longer than one year as a few examples. If you hold highly appreciated capital assets, or undistributed cash in a C Corporation, I recommend that you discuss it with your CPA as soon as possible.

It is important to note that this is planned to be treated as retroactive back to April 28, 2021, the date that the American Families Plan was released and this idea launched. This means that long term capital gains and qualified dividends received after this date would be subject to these higher rates.

Biden’s plan also calls for a major shift in a popular tax break regarding inherited property. Current rules regarding a decedent’s unrealized gains allow these assets to avoid taxation at death. Instead, beneficiaries receive a “step up” in cost basis equal to the fair market value at the date of the decedent’s death. Although a step up in basis would still occur, Biden is proposing a radical shift in the income taxation of these assets at death.

The proposed change would trigger a deemed taxable sale of the decedent’s assets at the date of death at the then fair market value. Realized gains and losses are reported on the decedent’s final tax return and the beneficiaries would continue to receive the assets with the cost basis equal to the fair market value. Gains less than $1 million would be tax exempt, as would property that is donated to qualified charitable organizations. Farms and family owned businesses would be tax exempt provided that ownership is maintained by the family. Primary residences would continue to exempt taxable gains of $250,000, and $500,000 for MFJ. 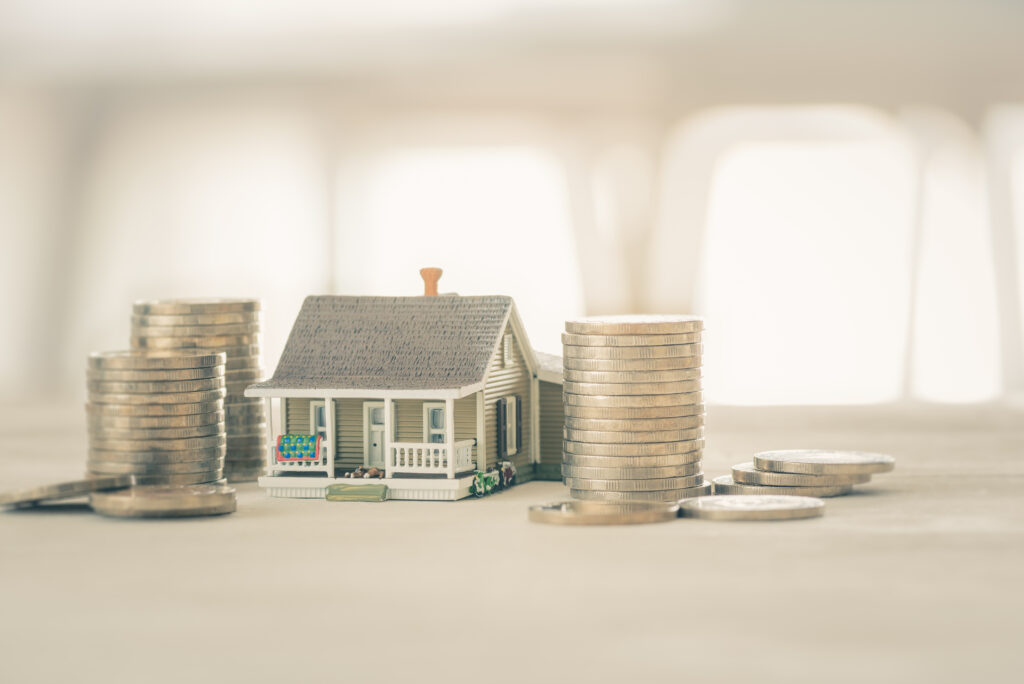 As an example of how this would work, let’s say that Sam is the sole beneficiary of his father Nick’s assets. Nick purchased stock for $700,000 that is worth $4 million at the date of his death. On Nick’s final tax return, this stock is reported as a long term capital gain. The realized gain would be $4 million less $700,000 = $3,300,000. $1,000,000 is exempt from taxable gain, so Nick will recognize a gain of $2,300,000 at a combined ordinary and Net Investment Income tax Federal rate of 43.4%, which is $998,200 in tax liability. Under the existing rules, there would be no taxable gain at death, and Sam would receive this stock with a stepped up basis of $4 million.

A few concerns arise with this proposed change. Will Sam have to liquidate the stock to pay his father’s income tax liability? Would Sam be subject to additional capital gains on that sale? In other words, the deemed sale on Nick’s return could necessitate an actual sale of the inherited assets if there isn’t sufficient cash to satisfy the tax liability. Last, the administrative burden of determining the basis in the decedent’s assets could be difficult for assets held for a long time, for which records may not be readily available. The current step up in basis rules allows for beneficiaries and estate administrators to easily determine the value and basis of inherited assets via a reset to current fair market values.

The central idea with the aforementioned proposals and many other tax law changes is for wealthy taxpayers to pay their “fair share.” The prior Republican administration reduced tax rates in 2018, and the current Democratic administration is looking to swing the pendulum hard this year, as was promised. In the last few months Biden has shown that he is willing to negotiate, which seems like a wise move if he plans to get enough Democrat votes to secure his plan. My experience is that most people are not excited to pay more income taxes. This legislation is expected to be ready to implement for January 1, 2022. Will they have enough Democrat votes to pass it? Talk to your CPA about your exposure and options before it is too late.

Donovan Thiessen, CPA is the founder and owner of The Accountant, LLC. Our mission is to help business owners make better decisions by providing timely and accurate financial and tax analysis. You may reach Donovan at donovan@theaccounantcpa.com, www.theaccountant.cpa and 702.389.2727.