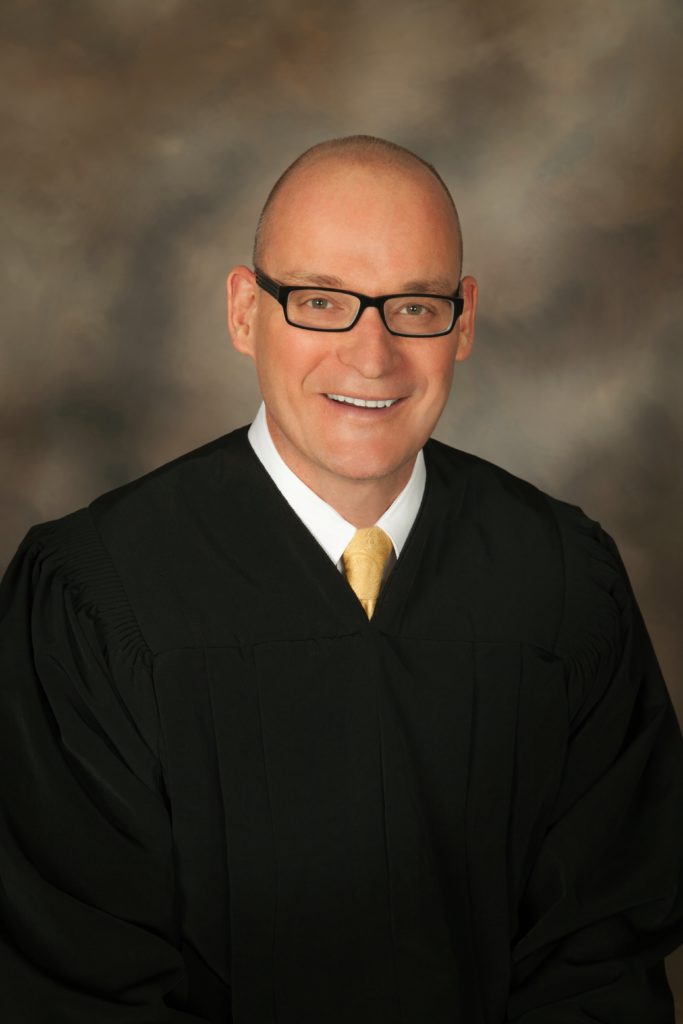 and University of Pittsburgh School of Law. Rob Bare has been a Judge in Eighth Judicial District Court since January 2011.

In Department 32, I sincerely feel there are not any significant changes that need to be made.  Candidly, I often feel, often palpably, that justice is being had and you experience that feeling first-hand in the courtroom.  Examples of my thought in this regard can be seen in the unsolicited feedback provided by members of the public whom have served as jurors on various trials throughout my nine years on the bench.  Please visit JudgeRobBare.com to read several of these notes from jurors.  I think you will see, from perhaps the best source of all, those who have sat and witnessed our court, that justice is being fairly and accurately delivered.  In an overall sense, as to the entire court system, I do feel that justice is being fairly administered across the board.

In addition, and in light of the current pandemic and the Court’s efforts to adapt, the obvious, necessary emphasis upon the use of technology and the manner in which court will actually be conducted in the future presents a tremendous change to the future of our justice system.  Citizens will be impacted as well as our legal community and it is our duty to seek best outcomes for all parties.

I am the opposite of a judicial activist.  I believe that, philosophically, I use what can be characterized as “judicial restraint”.  I believe a judge should follow the law as written by the legislature by restraining their own opinions, and respectfully, their own power, to follow established precedent from higher courts.  With that said, there still are situations where there is no clear statutory guidance or precedent on a specific point.  In those instances, a judge is called upon, by necessity, to decide these types of issues.  When I am in that position, to the best of my ability, I still look for guidance in statutes and appellate court decisions to hopefully lead me to the correct conclusion.

I am deeply focused on mental health issues facing our society.  This is an issue that concerns me personally as well as publicly.  My wife’s sister has a serious mental illness condition that requires a great deal of time and assistance (physical and financial assistance), in which my wife and I provide.  This has exposed me to the tremendous difficulties in providing for those amongst us who are the most vulnerable.  These individuals are suffering from a disease, not different than other diseases, which is not the fault of their own nor within their control.  I have sincere appreciation for those who work with this community day in and day out.

Please visit my website at JudgeRobBare.com or email me directly at RobBare32@gmail.com.