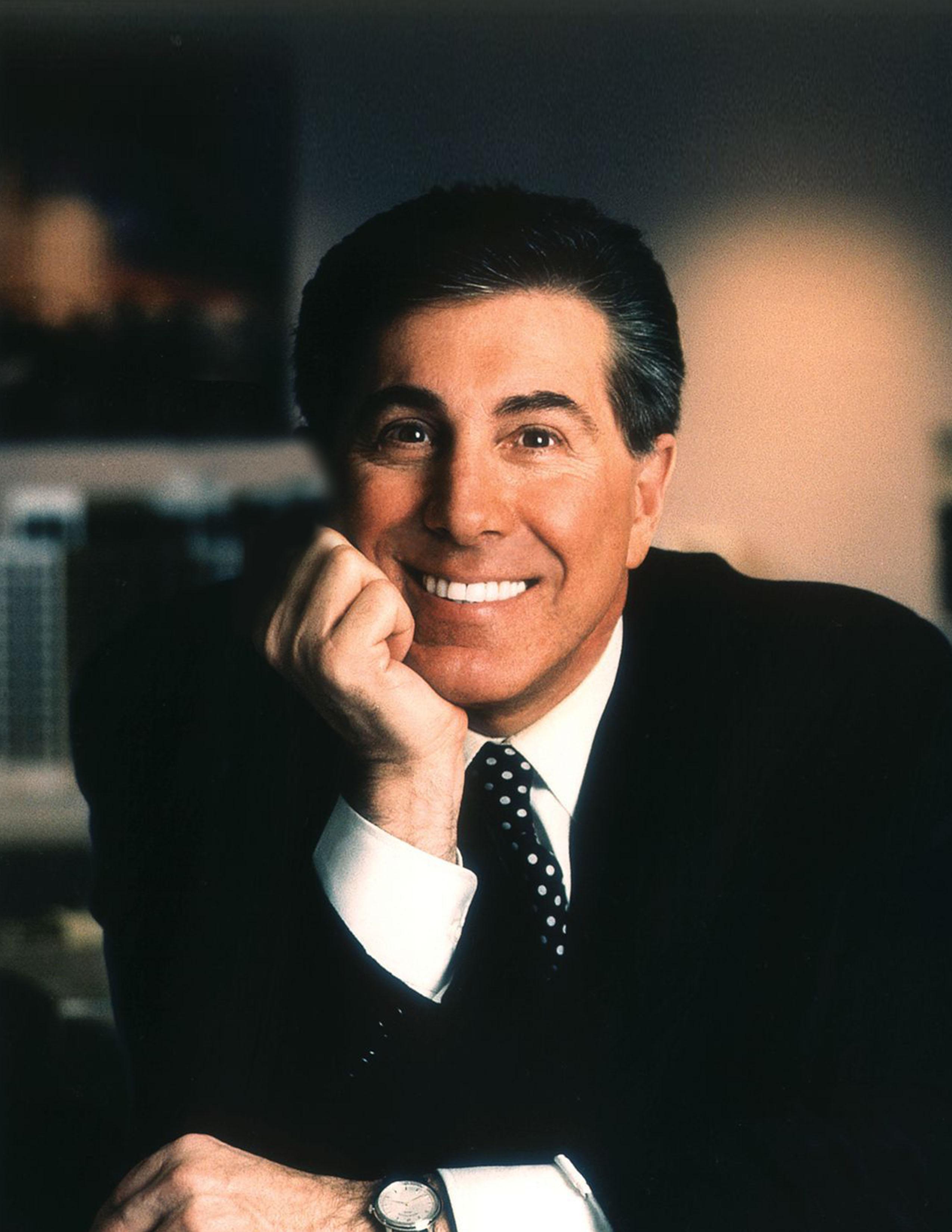 The Bellagio. The Mirage. Treasure Island. Wynn Las Vegas. Encore. These are all staples of the Las Vegas Strip. They are also all creations of Steve Wynn. The Las Vegas visionary stepped down in February as the chairman and CEO of his namesake, Wynn Resorts, amid sexual misconduct allegations by some who worked for him. But few can deny the indelible mark Steve Wynn has left on Las Vegas.

First coming to Las Vegas in 1967, Steve Wynn bought the controlling interest in the New Frontier Hotel and Casino. In the early 1960s, Wynn bought a smaller stake in the property, then called the Frontier Hotel and Casino. He would later purchase the Golden Nugget hotel-casino in downtown Las Vegas and transform it into a luxury resort for high-rollers.

That early 1970s purchase of the controlling interest in Las Vegas’ Golden Nugget would pay off big time for Wynn. He later renovated the resort into a four-diamond property and sold it for $440 million, according to Business Insider. In 1983, Wynn opened the Golden Nugget Atlantic City to build on the brand’s success.

When Wynn sold The Golden Nugget in the late 1980s for $440 million, he used that money to build the type of property the likes of which Las Vegas had never seen before: The Mirage. The Mirage Resort was complete with a spectacular manmade volcano, which erupted at certain times along the Strip. Steve Wynn had ushered in the era of “themed resorts,” which would be followed up by his Treasure Island Hotel and Casino in 1993. The latter would be later sold and renamed the “TI” or the “Treasure Island TI Hotel and Casino.” Visitors to the Las Vegas Strip can still be treated to volcano eruptions as they walk down the most-famous boulevard in the world.

The Paris Las Vegas, though not a Steve Wynn creation, owes its inspiration to the branding-themed trend started by the Las Vegas visionary. Other themed hotel-casinos properties in Las Vegas include the Excalibur, the Luxor, Mandalay Bay and the (formerly named) Monte Carlo.

The Hits Just Kept on Coming

Steve Wynn just kept improving on his own personal best when it came to new resort development in Las Vegas.

The 1998 opening of the $1.6 billion Bellagio included an artificial lake and a gallery that housed fine works of art. The Bellagio spearheaded the resurgence of Las Vegas as a luxury destination for wealthy travelers in the late 1990s and into the 2000s.

“Estimated to have cost around $1.6 billion, the resort is undoubtedly one of the world’s most spectacular hotels,” according to the site, Biogrpahy.com.

Wynn sold his Mirage Resorts to Kirk Kerkorian for $6.4 billion in 2000, but by then his company had become the target of a takeover.

Nevertheless, Wynn didn’t stay out of the casino game for long. He soon began plans for his most expensive property yet, the $2.7 billion Wynn Las Vegas, on the spot of what was the famed Desert Inn. To some criticism, Wynn bought, and later imploded, the beloved and iconic Las Vegas resort.

But as with much of Las Vegas history, well, the city just didn’t have much interest in history. It’s out with the old buildings, and in with the new buildings. As a result, the Wynn Las Vegas opened in 2005. The glitziest of the glitzy hotels in Las Vegas, the Wynn appealed to high-rollers from around the world.

Steve Wynn was far from done, as was noted in an article on the mogul in biography.com: “A year later (in 2006), he opened Wynn Macau in the largest gaming jurisdiction in Asia. He went on to add the Encore Las Vegas and Encore Macau to his collection of resorts.” A 2005 Vanity Fair magazine article, by Nina Munk, talked about what Steve Wynn meant to the development of modern Las Vegas.

“He wasn’t the first to transform casinos into family-friendly spectacles—Jay Sarno’s Caesars Palace and Circus Circus did that in the 1960s—but Wynn took the concept to a whole new level,” Munk wrote.

In that same Vanity Fair piece, Steve Wynn himself tried to single out what made his creations so memorable. “A lot of places in Las Vegas are big boxes of stuff,” Wynn said in 2005. “The hotels I’ve built have had, for lack of a better term, a soul.”

“The skyline of Las Vegas is Steve Wynn,” said William Thompson, a professor emeritus of public administration at the University of Nevada, Las Vegas to Bloomberg News upon hearing that Steve Wynn stepped down as chairman and CEO on Feb. 9th.

National media always wanted to talk to Steve Wynn. He became the face of Las Vegas gaming – the city’s own sort of royalty. In a 2001 Time Magazine article, writer Priscilla Painton wrote that Wynn was “gentrifying” gambling.

Wynn appeared to be quite different from what the rest of the country had come to expect from Las Vegas casino operators. They had been “characters.” There was the gangster Bugsy Siegel and his Flamingo Hotel-Casino. And then there was Benny Binion, who threated to kill those who crossed him, she wrote in her article, “The Great Casino Salesman.”

Steve Wynn appeared to have a clean reputation back then. That was something that helped to make his case for making Las Vegas a “family friendly” destination. (Yes, that was again a popular idea for rebranding Las Vegas in the 1990s and early 2000s).

But Steve Wynn also was intriguing. He is battling a degenerative eye disease, retinitis pigmentosa, which he was diagnosed with in 1971. The disease will cause him to progressively lose more of his sight. However, Wynn never let his condition get in the way of his plans.

In 2001, the Time reporter summed up Steve Wynn this way:

“What Las Vegas has instead (of past ‘characters’) is Steve Wynn, a casino king who is the son of a compulsive gambler and has an eye disease that could make him blind; who in his late 30s took up steer roping, wind surfing, rock climbing, motocrossing, jet skiing and body building; who once called Donald Trump ‘twinkle toes’; who let Frank Sinatra pinch his cheek in a commercial for his casinos; who divorced his wife (Elaine Wynn), never moved out and remarried her five years later; and who shot off his index finger two years ago (in 1999) while handling a pistol in his office,” Painton wrote.

Of course, a few updates are needed to that take: Steve Wynn would go on to divorce Elaine again in 2010, following their remarriage in 1991. In 2011, he would marry Andrea Hisson.

Steve was afforded a very comfortable childhood due to his father’s bingo parlor business. Steve attended a private boys’ school, and later the University of Pennsylvania.

But Steve’s father Michael died while only in his 40s of heart problems, in 1963. Michael’s early death left the Wynn family with $350,000 in debts. Michael had also developed a gambling addiction. Steve’s younger brother, Ken, was only 10 years old at the time of his father’s passing.

Steve Wynn, who went on the graduate the University of Pennsylvania with a bachelor’s degree in literature, took over the family’s gambling business at age 21. Steve Wynn later made good on his father’s outstanding debts.

Steve Wynn passed up on a spot at Yale Law School to take over his father’s bingo parlors. Michael never wanted his son Steve to follow his footsteps into the gaming business. Under Steve Wynn’s control, the family business was again profitable.

Wife Elaine was instrumental in helping Steve build his empire. The two were first married in 1963, and have two grown daughters – Kevyn and Gillian. Elaine, who was a beauty queen, split with Steve in 1986. The two stayed close and remarried. Elaine has built a reputation in Las Vegas not only as a businesswoman, but also as a philanthropist and art collector.

The couple did remarry in 1991, only to divorce again in 2010. The divorce was amicable, but the battle after the divorce was brutal. The couple became caught up in a bitter legal battle over Elaine’s earlier agreement to let Steve control her Wynn Resorts Ltd. stock.

The “War of the Wynn,” as Bloomberg News called it, only had some sort of an armistice in mid-March of this year, as Steve and Elaine seemed to finally end their six-year-old fight over $4 billion in Wynn Resorts stock.

In a filing on March 15th, Wynn Resorts Ltd. said that the Wynns — who together control 21 percent of the company — told a Las Vegas court (Clark County District Court) that they no longer consider a 2010 (stock) agreement between them valid, Bloomberg News reported.

That agreement frees both of the ex-spouses to sell their shares of the company. But Elaine Wynn still has other claims pending in a Las Vegas court against Steve Wynn and Wynn Resorts, in connection to her lost board of directors’ seat in 2015.

The Wynns have weathered a few storms together. A crisis struck Steve Wynn and his family on July 26, 1993, when the Wynns’ daughter Kevyn Wynn was kidnapped. Kevyn, then 26, was taken at gunpoint from her home and held for ransom. Steve Wynn paid $1.45 million in ransom money the same day, and later found his daughter safe in her own car at McCarran International Airport in Las Vegas.

The two kidnappers were soon apprehended after one of them tried to use $70,000 the cash he got from Wynn as down payment on $183,000 Ferrari at a California dealership. That was only a week after the kidnapping, the Los Angeles Times reported.

Wynn paid the $1.45 million ransom with cash from the casino cage at The Mirage, then his flagship resort, according to Las Vegas Review-Journal and other news accounts at that time. Steve Wynn dropped the money off in the parking lot of Sonny’s Saloon, which was a block from the Mirage. Steve Wynn did not notify the authorities to the kidnapping until after he had paid the ransom.

In May 1994, a federal jury convicted Ray Mario Cuddy and an accomplice, Jacob Sherwood, of extortion, money laundering and other charges stemming from the kidnapping. Cuddy was released in 2015, and Sherwood was set free in 2010, according to the R-J.

The Allegations, & The Aftermath

On Jan. 26, of this year, the Wall Street Journal reported that a $7.5 million payment was involved in allegations that Steve Wynn had pressured a Wynn Resorts’ manicurist into having sex with him. A subsequent story, by Bloomberg News, reported that the payout had involved a paternity claim against Wynn, although no child was said to have been born out of the alleged relationship.

While Wynn has denied any wrongdoing, he resigned the following day from his post as finance chair of the Republican National Committee.

“Effective today I’m resigning as finance chairman of the RNC,” Wynn said at the time. “The unbelievable success we have achieved must continue. The work we are doing to make America a better place is too important to be impaired by this distraction.”

The continual drip of bad publicity involving Steve Wynn seemed to make his resignation from Wynn Resorts inevitable. The day before Wynn’s resignation from his company, another damaging story was published. The Las Vegas Review-Journal reported details of a 1998 lawsuit by cocktail waitresses at Wynn’s previous company, Mirage Resorts.

The R-J story involved one former server who said she also felt Steve Wynn forced her to have sex with him to keep her employment. Wynn declined to comment on that report, but the mounting allegations proved too much. He resigned the next day.

Since the February resignation of Steve Wynn, more women have come forward with claims of sexual misconduct against the former casino executive. And this presents both a moral and economic quandary for the city Steve Wynn did so much to shape.

The Steve Wynn name has become synonymous with modern Las Vegas. That fact seems unlikely to change in the near future, as evidenced by his name continuing to adorn the Strip skyline he helped design.