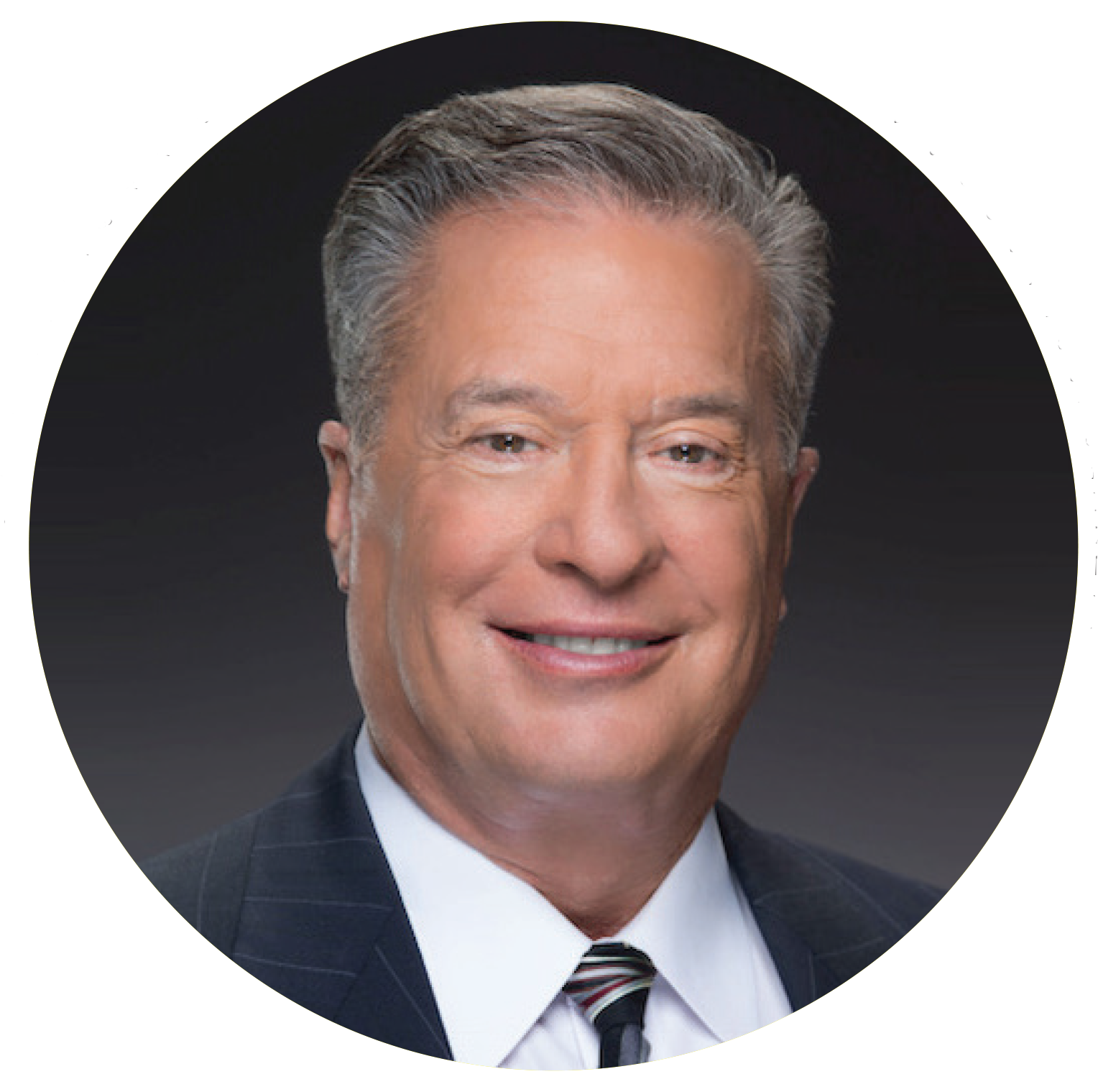 Sometimes the worst thing is the best thing ever. “Exhibit A” might be Al Marquis, the founding partner of Marquis Aurbach Coffing, known as MAC Law, one of the largest local law firms in the state of Nevada. Upon graduating from high school, he had a bold life plan. He was accepted to the U.S. Air Force Academy, and he was going to be an astronaut. Didn’t happen. Al had to drop out of the Academy because he and his wife got into having a family way earlier than expected. (He also admits that his experience at the Academy convinced him that he was “the wrong stuff” to be an astronaut—he could not fit into the military mold.) His big plan was over, and his parents were mortified – convinced that he would never get a college education. However, that was the beginning of a series of events that led Al to where he is today, a fortunate path that Al contends is mostly attributable to “dumb ass luck.”

Surprisingly, Al’s personality does not really fit either an astronaut or a founding partner of a large, well-respected law firm. While he can still litigate with the best attorneys and pilots a plane occasionally; he is enjoying partial retirement and his other occupations as an author, cowboy poet, and real cowboy raising horses on his own ranch that is complete with a runway, pond and Tarzan swing (www.Kingstonranch.com). He is also a philanthropist who has donated the use of his ranch to hold camps for disadvantaged children such as those assisted by the Nevada Childhood Cancer Foundation, where Al serves on the board and his dog Charlie serves as the official mascot. The NCCF children call him “Uncle Al.” He also has two successful sons (one of whom is a shareholder at MAC Law), who love him dearly and are quite surprised at their old man’s youthful nature as he quickly approaches his 70th birthday (which will have passed by the time you read this). Sometimes the worst thing is the best thing ever, as Al revealed in a recent interview:

Vegas Legal Magazine: You did not come to the law in a straight line…

Al Marquis: It was quite the zigzag, that’s for sure.

I moved back to Seattle with a wife and two kids, and we lived in low-income housing while I pursued my major in physics. By the time I got to my senior year, I realized a physics degree would not provide me with a means to earn a good income. I had to get myself out of debt, pay back student loans, and raise a family, so a good income was necessary.

I looked around campus for different possibilities. I looked into nuclear physics, but the only jobs were in nuclear power plants, teaching in universities or working on atomic bombs, none of which paid well or sounded very appealing.

The University of Washington offered graduate school in something called biophysics. I had an appointment to discuss the possibility of attending, and I was walking down this long hallway when I saw this open door to a surgery room. On this table was a dead dog with his front paws up in the air. I looked at that gruesome sight for a minute, turned around and left the building. That was the end of my biophysics career.

Then one day I was walking by this old Gothic-style building on campus that had a brass plate on the front that said “Law School.” So I walked in, looked for the administration office, and asked, “How long does it take to get through law school?” They said three years, and that is how I became a lawyer.

VLM: What advice would you give to a young attorney who has doubts?

AM: Well, I remember being in the first year of law school, and it is so competitive. Everybody was so tense, and it seemed I was such a long way off from making any money.

I remember sitting at the school cafeteria and two guys across from me were third-year law students. I couldn’t even imagine myself in my third year of law school. It seemed like such an eternity that I thought I’d get hit by a bus or something before graduating and all of my hard work would be for nothing. But lo and behold, I graduated, got a job, and ended up in Las Vegas for the next 43 years.

I feel so fortunate to have made the decision to become a lawyer. While the job has been challenging, I’ve never been bored. Most importantly, I’ve been able to help clients and make a big difference in their businesses and their lives. In that regard, the practice of law has been a fulfilling career.

VLM: So it worked out OK?

AM: Las Vegas was a really good choice. This is a thriving business community, which naturally leads to legal disputes. I’ve been fortunate to have been involved in some high-profile cases, such as the representation of Martin Sheen and Carl Sagan and a lawsuit against entertainer Redd Foxx. This led to some big money cases such as a $1.2 million jury verdict against Aetna Insurance Company in the 1980’s and a $35 million condemnation case in the 1990’s. I’ve never regretted becoming a lawyer or choosing Las Vegas as my home.

VLM: Over the span of your career who stood out in your mind as a really exceptional attorney?

AM: Dennis Kennedy and I were in school together and we were kind of the derelicts of the Law Review. All the serious students thought we would never get a job.

But we both got jobs early, both at Lionel, Sawyer & Collins. It was the largest firm in the state in 1975, with 18 lawyers. I was there for 2 1/2 years and worked for some outstanding attorneys. I worked with Sam Lionel, who is amazingly still practicing law at the age of 98; Grant Sawyer, who was a tremendous person, and served as Nevada’s governor from 1959 to 1967; and Steve Morris, a great litigation attorney. I watched all of them and tried to take the best attributes that I could from each of them. Watching all these great lawyers gave me a far greater education than law school.

VLM: During the last 10-15 years, many firms decided to sell out to large national firms, causing many of them to fragment or take on a new identity, yet your firm managed to stay together. How did your firm hold together when nationals came calling?

AM: That’s a really good question, because the only thing holding a law firm together is the mutual perception that we’re all better together than apart. We’ve worked hard to achieve and maintain that status.

In most firms, the senior partners keep the money for themselves and let a little trickle down to the younger partners and associates. They may also sell the firm to a national firm, taking additional profits that the younger partners will never see. Younger partners tend to resent being excluded from these profits and having little or no say in the direction of their firm, so they eventually quit and go out on their own.

Partners in our firm, however, are in a unique position. When they become partner, they become part of a compensation plan in which we are all on the same footing. A new partner in the firm is paid in accordance with the same formula as a senior or even a founding partner. There are few, if any, other law firms where new partners can make that kind of money. We want to keep the best attorneys and we are not greedy so we share the profits based upon the individual’s performance.

We also share the decision-making. Once an attorney becomes a director at MAC, they are entrusted with all of the information needed to manage the firm, and they participate in the management because we each have an equal vote on firm decisions.

This has allowed us to retain some of the very best lawyers, and it is why most of our partners have stayed with us for so long, allowing us to avoid the major splits that often happen with other firms. The young lawyers know that we have a special firm, and that the grass is not greener on the other side of the fence. Our staff stays with us for the same reason. Our office manager has been with us for 33 years, and my secretary has worked for me for 32 years. We are able to retain the very best professionals because they know this is a really good place to work.

VLM: What are you doing now?

AM: I’ve joked for years that I’ve been working on making myself dispensable. Around 2000, Terry Coffing became president of the firm basically taking over my job. In 2010, we changed the name to Marquis Aurbach Coffing. Now everybody refers to us as MAC Law, even the Nevada Supreme Court.

These days I refer to myself as semi-retired. I’m in the office a couple days each week, oversee work on my cases and still keep my hand in the game. I have more time to ride my horses, play pickle ball, scuba dive and travel. In September, my girlfriend and I took our dogs to Europe for a three-week vacation and I just returned from the big island of Hawaii. I have to say that I am enjoying this chapter of my life.

Mark Fierro began his career as a reporter/anchor at KLAS-TV, the CBS television station in Las Vegas. He worked at the U.S. House of Representatives in Washington, D.C. He served as communications consultant on IPO road shows on Wall Street. He provided litigation support for the Michael Jackson death trial. He is president of Fierro Communications, Inc., and author of several books including “Road Rage: The Senseless Murder of Tammy Meyers.” He has made numerous appearances on national TV news programs.