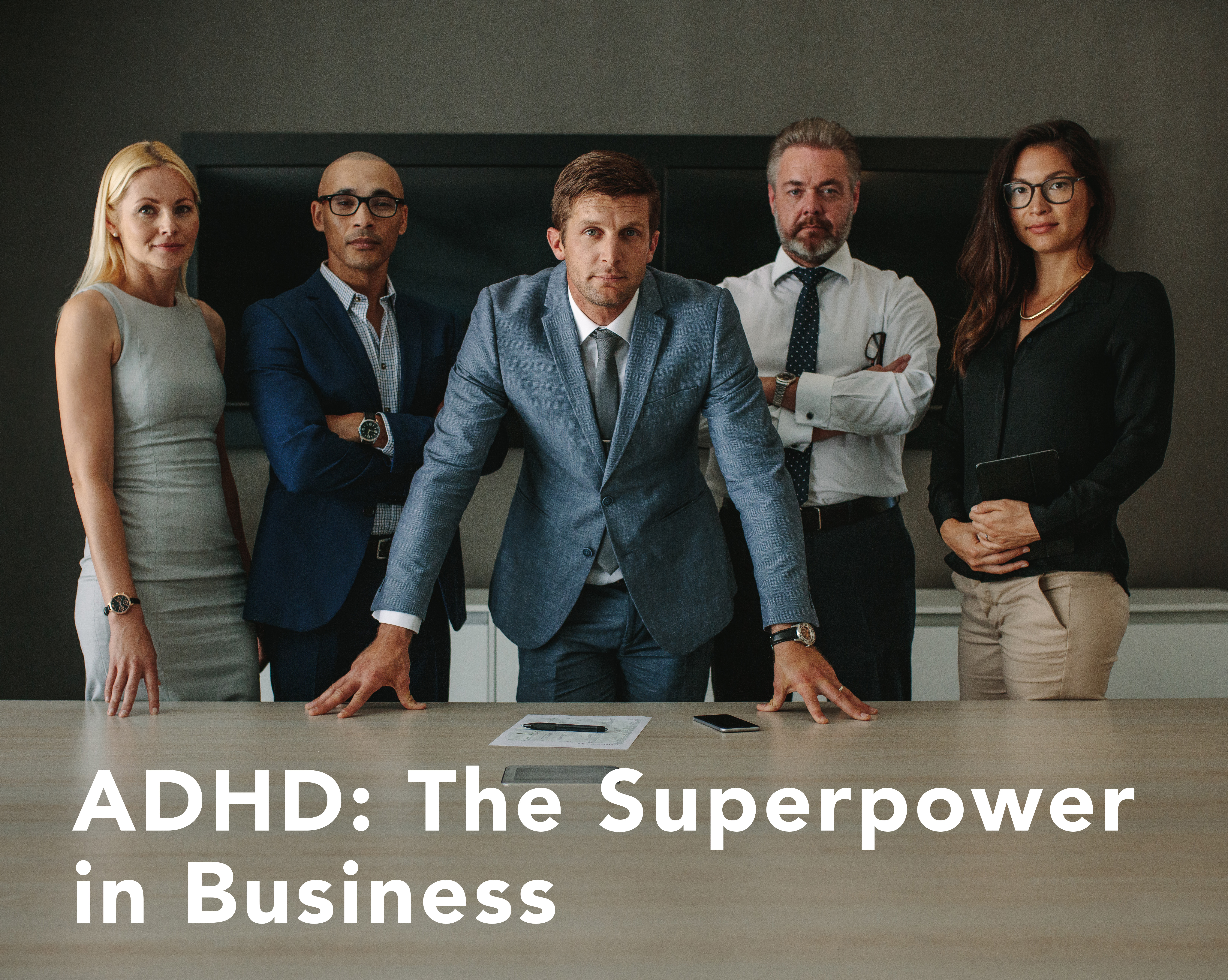 Attention Deficit with Hyperactivity Disorder (“ADHD”) is three times more prevalent in attorneys than in the average population.  The prevalence of ADHD in the general U.S. population of adults is estimated to be around 4.4%, yet in attorneys, that number is considerably greater at about 12.5%. For years, ADHD has been mischaracterized as the learning disorder of rambunctious little boys.  However, an astounding amount of evidence has shown that the symptoms of ADHD can be beneficial to business owners and attorneys alike.  People with ADHD are 1.7 times more likely to start their own businesses than their counterparts.

First, to understand how ADHD can have such value in the business place, it’s essential to understand what ADHD is.  According to the Diagnostic and Statistical Manual of Mental Disorders 5 (“DSM 5”), ADHD is a neurodevelopmental disorder where the individual exhibits a persistent pattern of inattention and/or hyperactivity-impulsivity that interferes with functioning or development.  In short, a person with ADHD must show consistent symptoms over time for a doctor to diagnose them. It can be diagnosed in childhood or as an adult. A large portion of children with ADHD continue to have symptoms as adults.  Unfortunately, because of stereotypes, many people who were not diagnosed in childhood remain undiagnosed in adulthood.  As a result, about 80% of adults who have ADHD are undiagnosed.

Diagnosis is important because of the potential detrimental symptoms of ADHD, which can lead to behavioral, emotional, social, and work problems.  Further, ADHD is commonly misdiagnosed for other conditions such as bipolar disorder.  ADHD is characterized by a lower amount of dopamine and norepinephrine chemicals in a person’s brain. The smaller amount of these two chemicals cause the expressed symptoms. Dopamine is the chemical that makes a person feel satisfied, while norepinephrine is part of the brain’s stress management system. 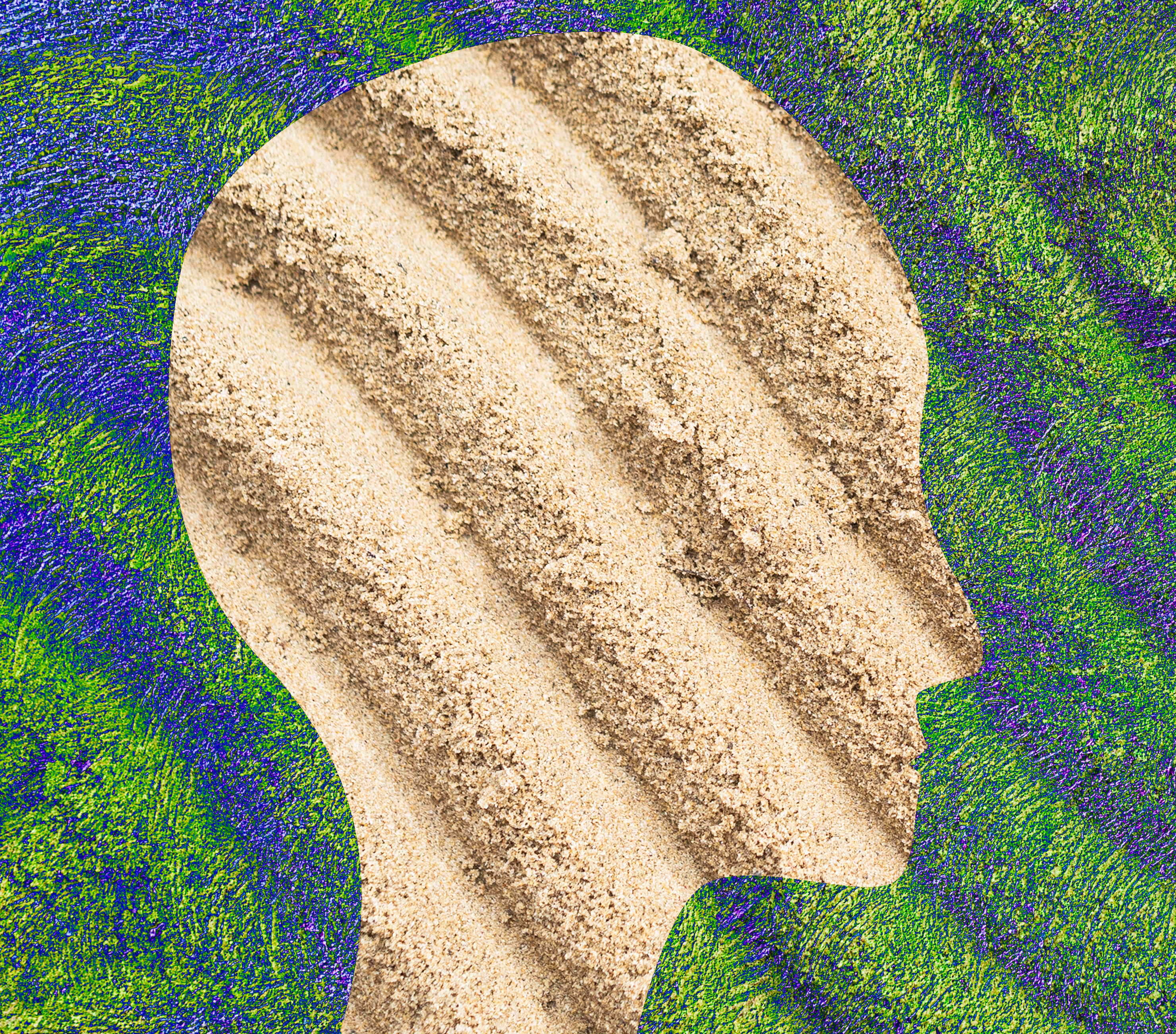 A lack of dopamine causes a person to have a desire for stimulation, which can be the reason why people with ADHD exhibit symptoms of hyperactivity and/or impulsivity.  Some of the expressed characteristics of lower dopamine are: fidgeting, feeling restless, talking excessively, often on the “go,” interrupting others when in a conversation, impatience, etc.  Further, the lack of norepinephrine fails to engage the pre-frontal cortex, which is the part of our brain responsible for attention.  Moreover, this lack of norepinephrine indicates that people with ADHD are not stimulated like others are by a threatening or stressful event.  Symptoms of the lack of norepinephrine include: ignoring detail, making careless mistakes, difficulty maintaining attention over long periods of time, does not seem to listen when spoken directly to, difficulty organizing tasks, often losing things, etc.  These are commonly referred to as someone being “spacey.”  For these reasons, ADHD seems like it would be an inhibitor of success, yet its prevalence amongst attorneys and CEOs suggests otherwise.

Along with the negative symptoms of ADHD, there are many positive qualities such as creativity, multi-tasking, risk-taking, high energy, and resilience.  For a business owner, these are all highly regarded skills for success.  Those “symptoms” allow for thinking outside the box, adapting to problems as they come, and managing multiple tasks efficiently. 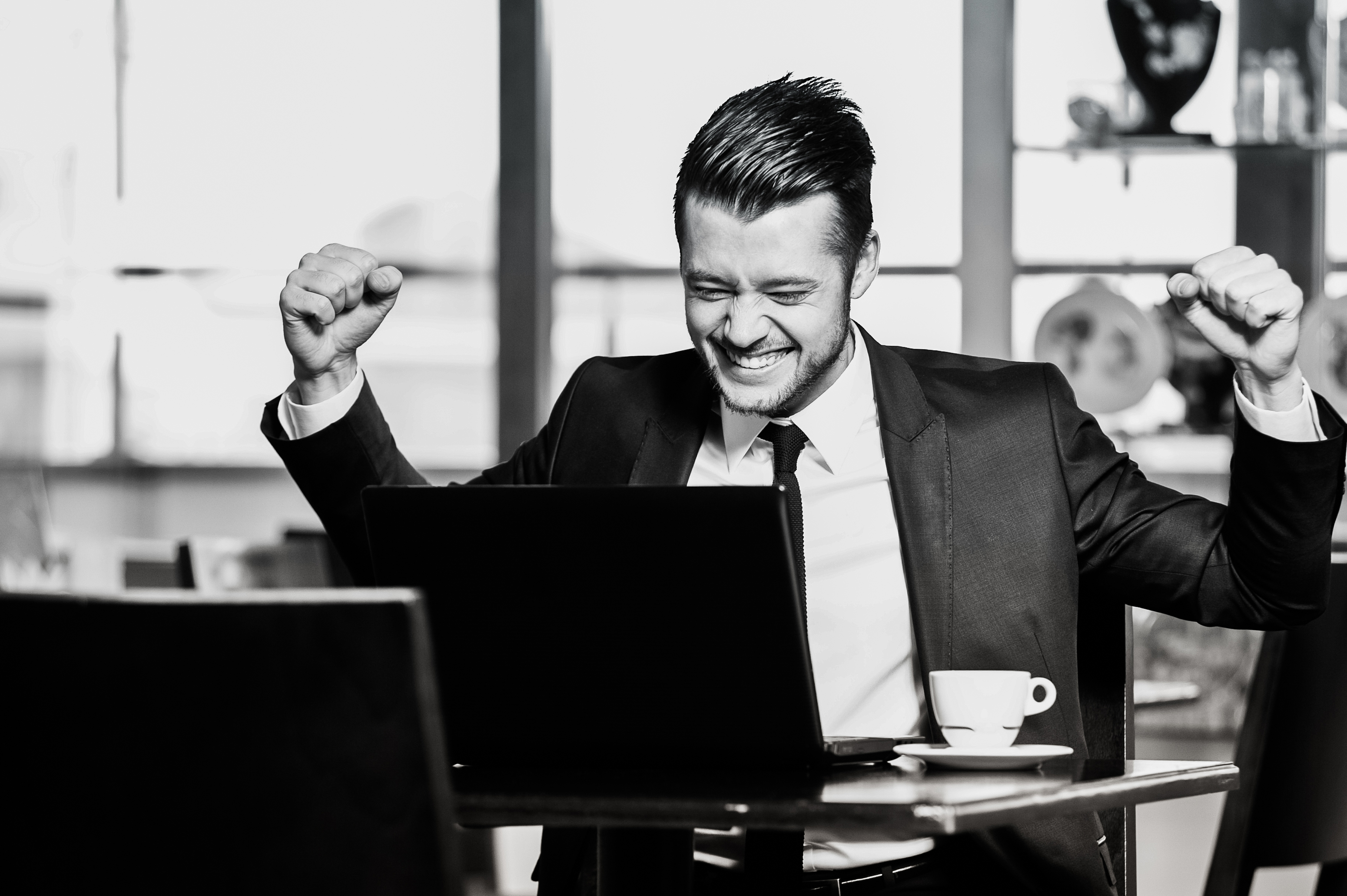 Additionally, ADHD has one symptom that is not only counterintuitive but is one of the most powerful weapons in its arsenal – hyperfocus.  Hyperfocus is simply an extended focus on one thing.  This symptom usually manifests when the person with ADHD focuses on something they are interested in, causing them to stay focused for hours on end.  This ability allows for the long hours of study required in law school as well as time spent learning about business.  Conversely, hyper-focus can be detrimental in that if there is something someone with ADHD is passionate about, they focus on that activity for hours on end, ignoring the tasks they need to accomplish.

Due to its chemical composition, an ADHD brain is hyper-stimulated by innovation but does not panic as much with risks.  This is a perfect combination for lawyers and entrepreneurs when adequately managed.  A lawyer and CEO need to be able to move fluidly from one project to the next and take risks.  In the example of a lawyer, managing many cases at once is commonplace, but so is taking risks in negotiation.  A lawyer with ADHD can confront cases with new innovative ideas as routine and repetition torment the ADHD brain.  Along the same lines, a lawyer with ADHD can confront litigation more easily than their counterpart, as the risks associated with negotiations, motions, court appearances, and the like are less likely to stimulate a strong stress response.  Business owners with ADHD can start a business and run a company with that same reduced stress response, as well as the desire for constant innovation to grow and expand.  CEOs who have admitted to having an ADHD diagnosis are: Bill Gates, the founder of Spartan: Joe De Sena, Walt Disney, Richard Branson, IKEA founder: Ingvar Kamprad, Jet Blue founder: David Neeleman, Cisco Systems CEO: John t. Chambers, Jim Carrey, and Howie Mandel.

The key to success is finding ways to manage ADHD symptoms to optimize performance.  For inattention, having a “to-do” list helps direct attention to the tasks that need to be done.  The best way to create a to-do list is to write down the task’s priority next to the task itself because an ADHD brain will automatically go to the most exciting tasks instead of the most important ones. 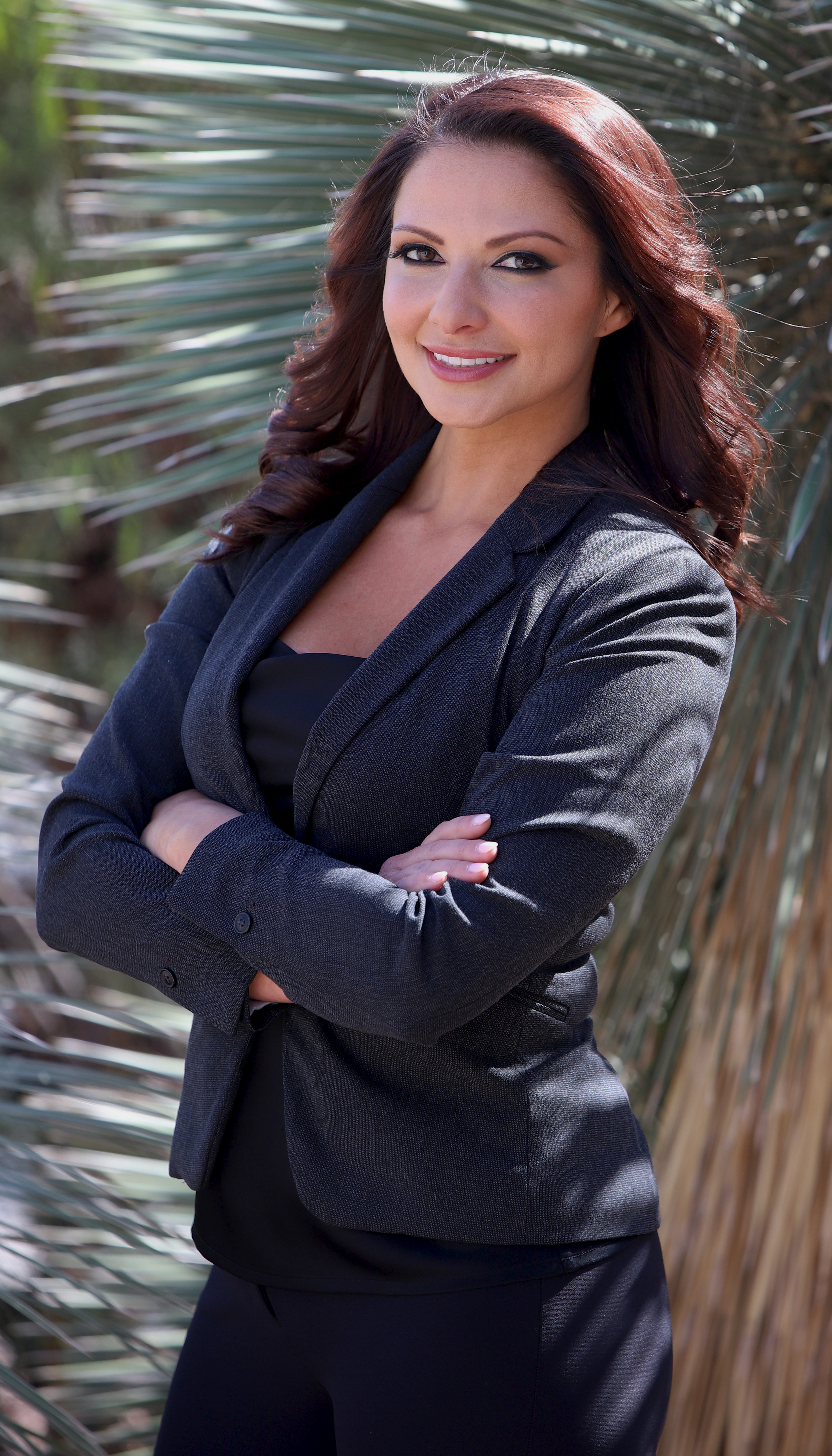 Additionally, taking time for daydreaming goals also encourages dopamine production.  In terms of hyper-focus, practicing mindfulness and meditation helps turn attention to the present.  Equally as important, setting alarms when beginning a task that triggers hyper-focus will allow attention to go to a different task of equal or greater importance.

Although stereotypes and stigma still exist, it’s imperative to break through that wall and see ADHD for what it is, a superpower.  After all, one in eight attorneys have it and continue to strive in their careers.  The skills that come with ADHD, including creative thinking and problem solving, flexibility and adaptability, the ability to hyper-focus when necessary, and a strong work ethic, are all ingredients for long-term success.

Amanda Laub, Esq. is the founder of Laub Law. If you or someone you know has been involved in an automobile accident or has been arrested, Amanda can be reached at (702) 329-LAUB (5282) or amanda@laub.law