Las Vegas Then and Now

The Big Booms of Today’s Vegas Strip… Implosions and Building

Vegas is a town pretty much like no other. It grew out of the scorching dry desert heat as a chance encounter by early explorer, John Charles Fremont, who was charting the wild West for the U.S. Government in the mid-1800’s. He camped one night by a spring the natives called Las Vegas (“The Meadows”) and he put it on his map of the area.

Sixty years later, it was a just a dusty water-stop for the San Pedro, Los Angeles and Salt Lake Railroad. Owner and East Coast financial tycoon, William Andrews Clark, keenly sensed opportunity and in 1905, subdivided the area around his train station into 1,200 lots, auctioned them off and officially founded Las Vegas as a city.

In 1931, work began on Boulder Dam. Anticipating a potential windfall with thousands of workers coming into the area, the Nevada State Legislature, saw gambling as a “dam good idea” and legalized it.

While a number of early gaming pioneers gained fame and fortune in the 1930’s downtown, in 1938 – and again by chance – a little-known event set in motion what is today’s world-famous Las Vegas Boulevard… also known as the “Strip.”

A businessman named Thomas E. Hull, was on his way to a meeting in downtown Las Vegas when his car broke down. Sitting on the side of the road on Highway 91, Hull noticed all the out-of-state license plates whizzing by. Sitting under a scorching sun, he thought, “this is a great location for a resort hotel and casino!”

In short order, Hull – who had built and managed a number of major hotels in Hollywood and throughout California – gathered some investors and purchased land at the southwest corner of what is now Las Vegas Boulevard and Sahara Avenue. In 1941, they built and opened the flashy El Rancho Vegas Hotel and Casino – the first (but not last) major resort on the Las Vegas Strip.

VEGAS THEN: THE 1960’s
While other minor casinos, hotels and motels began to emerge in the shadow of El Rancho Vegas, it is the Flamingo Hotel and Casino in 1946 that is heralded as the real beginning of Vegas and the 4.2 miles of Las Vegas Boulevard’s neon-drenched Strip.

In the twenty years that followed, success as a mecca for gambling, entertainment and fine dining – with a salacious “What happens in Vegas, stays in Vegas” reputation – saw many more flashy new casinos and resort hotels cropping up all along the fast emerging brightly-lit neon corridor.

In the mid-1960’s, standing in front of the now well-established Flamingo, one could look south and see a white structure off in the distance. It was the Tropicana (built in 1961), 1.5 miles away, anchoring the South end of the Strip – with little else in between.

In the other direction, 2.7 miles to the North, the Sahara (built in 1952) anchored the other end of the Strip – located across the street from an empty lot where the original El Rancho Vegas once stood that burned down in 1960. The Sahara was also well-established, and together with the Flamingo, these two big early casino/hotels bookended – and paved the way – for rapid growth and dozens more iconic locations.

But like the winds that continually reshape the desert landscape, the sands of time take their toll… and one by one, great change came to these iconic locations… and a new and even more exciting “Entertainment Capital of the World” began to emerge where these legendary names once stood. 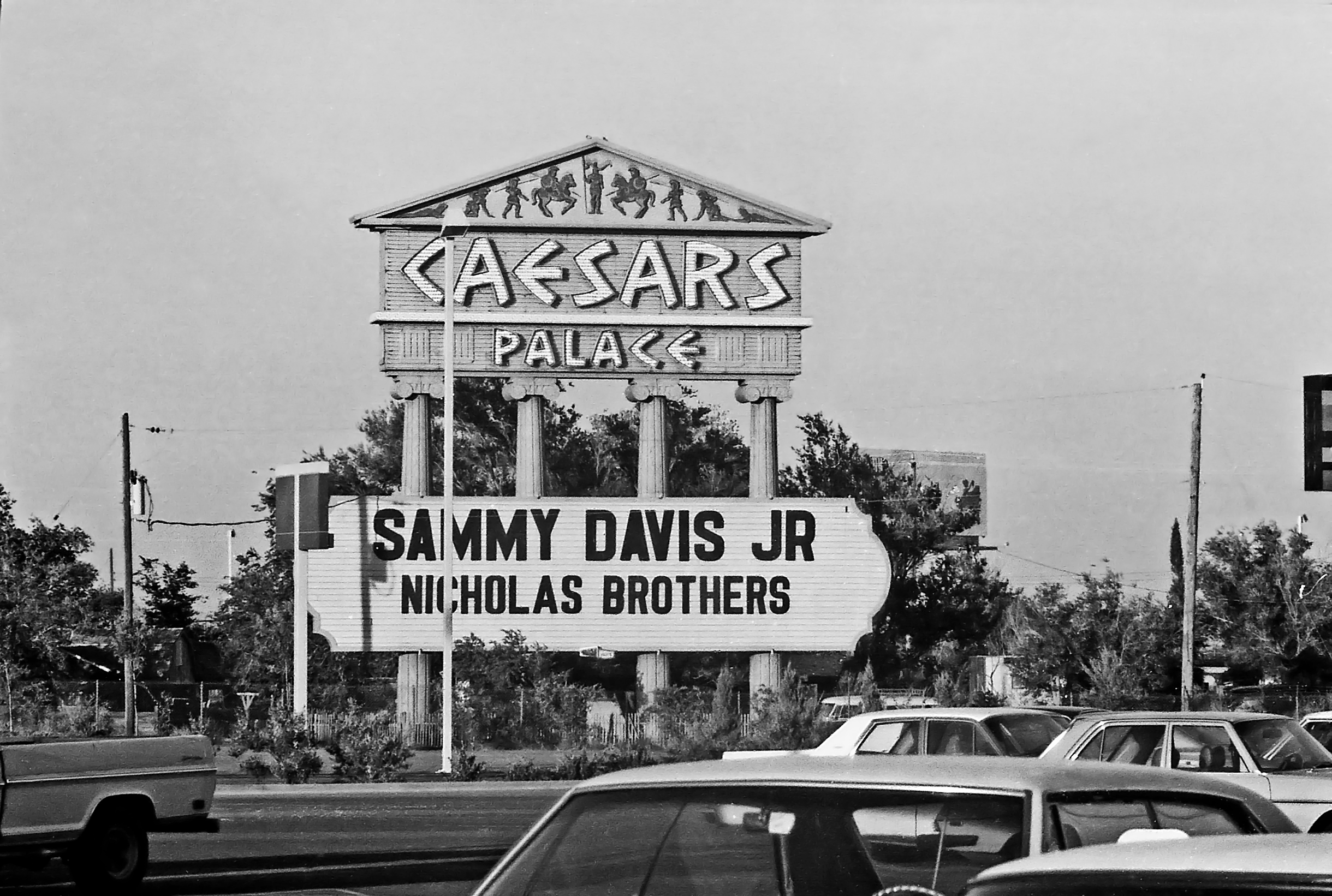 TWO BOOMS: IMPLOSIONS AND BUILDING
In the decades that followed a number of Mega-High Rollers were drawn to Las Vegas.

While names like Benny Binion of Horseshoe Casino fame symbolized the growth and success of Downtown and Fremont Street, others came and focused on mining the riches to be found on Las Vegas Boulevard.

Howard Hughes came to Las Vegas in 1966 – and like a real life game of Monopoly – soon bought the Desert Inn, Castaways, New Frontier, the Landmark Hotel and the Sands. Other high rollers came as well… like Kirk Kerkorian, known as the “Father of Mega-Resorts” – who ushered in trend-setting lavish concepts like Caesars Palace and the MGM Grand – and a young newcomer from the East Coast, named Steve Wynn.

Wynn envisioned a new level of multi-million and billion-dollar world class super-resorts on the Strip. He began purchasing famous aging properties and was the first to introduce “implosions” as the latest form of entertainment on Las Vegas Boulevard.

By definition, implosions are the 180-degree opposite of “explosions” whereby charges are strategically placed so as to cause a structure to violently collapse inward.

On October 27, 1993, the famous Dunes Hotel and Casino was imploded with great fanfare. In its place, Wynn built the spectacular Bellagio. Its opening in 1998 alone cost a reported $88 million and Wynn’s centrally-located Strip-centric implosion of the iconic Dunes set in motion a trend of “out with the old and in with the new” that exists to this day.

Next to go was the Landmark Hotel and Casino located just one block off the Strip – on Paradise Road across from the Las Vegas Convention Center. Originally owned by Howard Hughes, and after changing hands numerous times, it was imploded in 1995 and today is the site of a vast expansion to host some of the largest trade shows in the world.

One year later, the Sands – once home of the famed Rat Pack – was imploded on November 26, 1996 to make way for the luxurious Venetian.

That same year, the Hacienda on the South end of the Strip – near the famed “Welcome to Las Vegas” sign – was imploded on New Years Eve 1977 to make way for today’s Mandalay Bay.

Two years later, the original Aladdin – where Elvis got married – was imploded in April 1998. Two years later it reopened as a “bigger and better” new Aladdin that lingered until 2007, when it was renovated and reopened as Planet Hollywood.

In 2000, at the North end of the Strip, the old Thunderbird (later renamed El Rancho to honor the original El Rancho that burned down across the street) was imploded with fanfare and 700 pounds of explosives to make way for Turnberry Towers condominiums and the “never quite completed” Fontainebleau (now again under construction and slated to open next year as The Drew).

STEVE WYNN STRIKES AGAIN
In addition to building the twin Mirage and Treasure Island locations (1989 and 1993 respectively), Wynn purchased the aging Desert Inn across the street on its 50th anniversary for $275 million and later proceeded to implode it in two stages – 2001 and 2004 – for his new Wynn Las Vegas. The Encore was added next door in 2008.

In 2006, Bourbon Street was imploded for a Harrah’s property and further south on the Strip, the long-closed Boardwalk Casino was imploded on May 9th to prepare for the massive $7 billion MGM City Center hotels, condominiums and entertainment venues.

The next iconic hotel/casino slated for implosion was the famed Stardust. On March 13, 2007, the once heavily mob-operated location was wired with 428 pounds of dynamite and the 32-story structure was brought down to make way for the Echelon Place that never materialized. Today, it is the construction site of the massive Resorts World Mega-Hotel and Casino scheduled to open in 2021.

On November 13, 2007, the New Frontier (second built on the strip in 1941) was also reduced to rubble. While many plans for this location have come and gone over the years, the Trump International Hotel was built on a portion of this land in 2008 with the remainder currently owned by Wynn Resorts for possible future expansion.

In 2016, the most recent of the iconic resorts brought down with explosives, was the famed Riviera – in two separate implosions on June 14th and August 16th – to also make way for the huge Las Vegas Convention Center expansion. 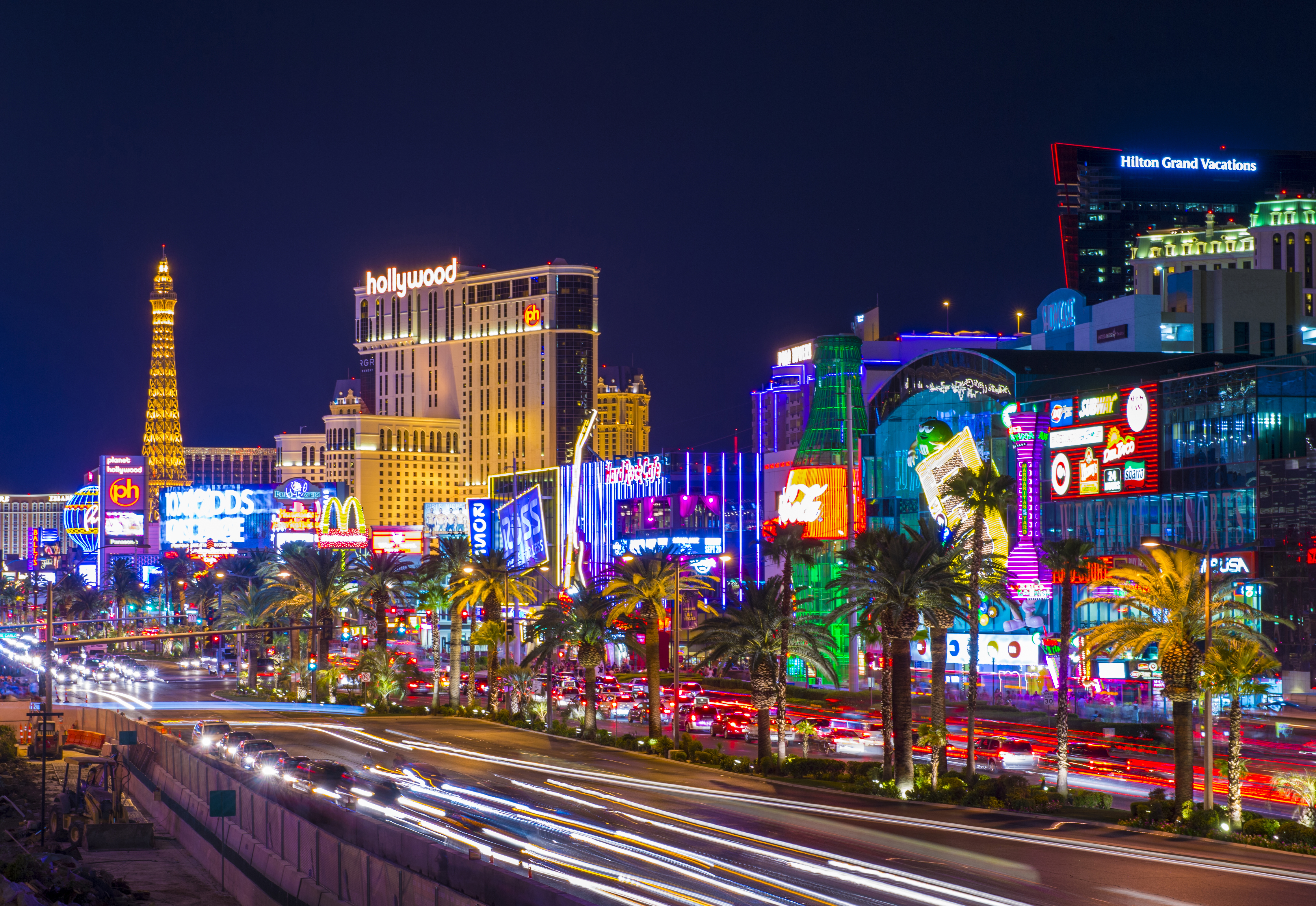 VEGAS NOW: A WORK IN PROGRESS
Driving today’s glittering Strip, we only see the amazing array of brilliant marquees and towering replicas of the famous wonders of the world. Only in Vegas can one find an Egyptian Pyramid, the Brooklyn Bridge, Statue of Liberty and Eiffel Tower… all in one 4.2 mile stretch of neon-drenched wall-to-wall spectacular Hotels and Casinos.

And while we have all heard iconic names of the past… like the Sands, Dunes and Desert Inn… few know exactly where they were, when they disappeared and what is in their place today.

The next time you drive down Las Vegas Boulevard, cast an eye to the Bellagio, Venetian and Wynn, knowing they are the amazing recipients of incredible stories of days gone by… and the twelve spectacular implosions that brought multi-billion dollar mega-resorts to Las Vegas. 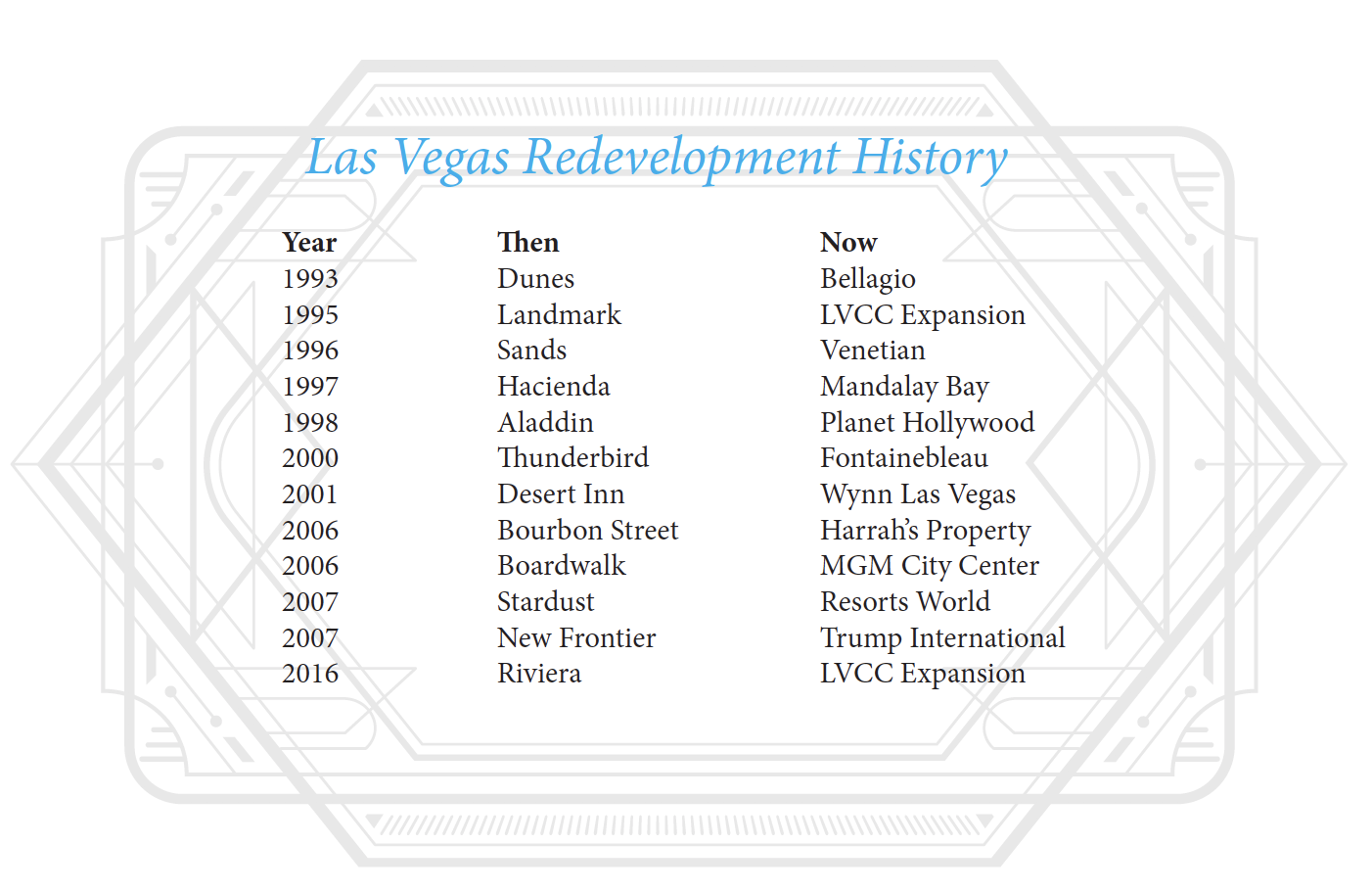 Don Logay is an award-winning journalist and former Editor-in-Chief of three national magazines. In addition to articles for numerous publications, he also writes tips for homeowners heard daily on hundreds of radio stations nationwide. Contact press@donlogay.com.