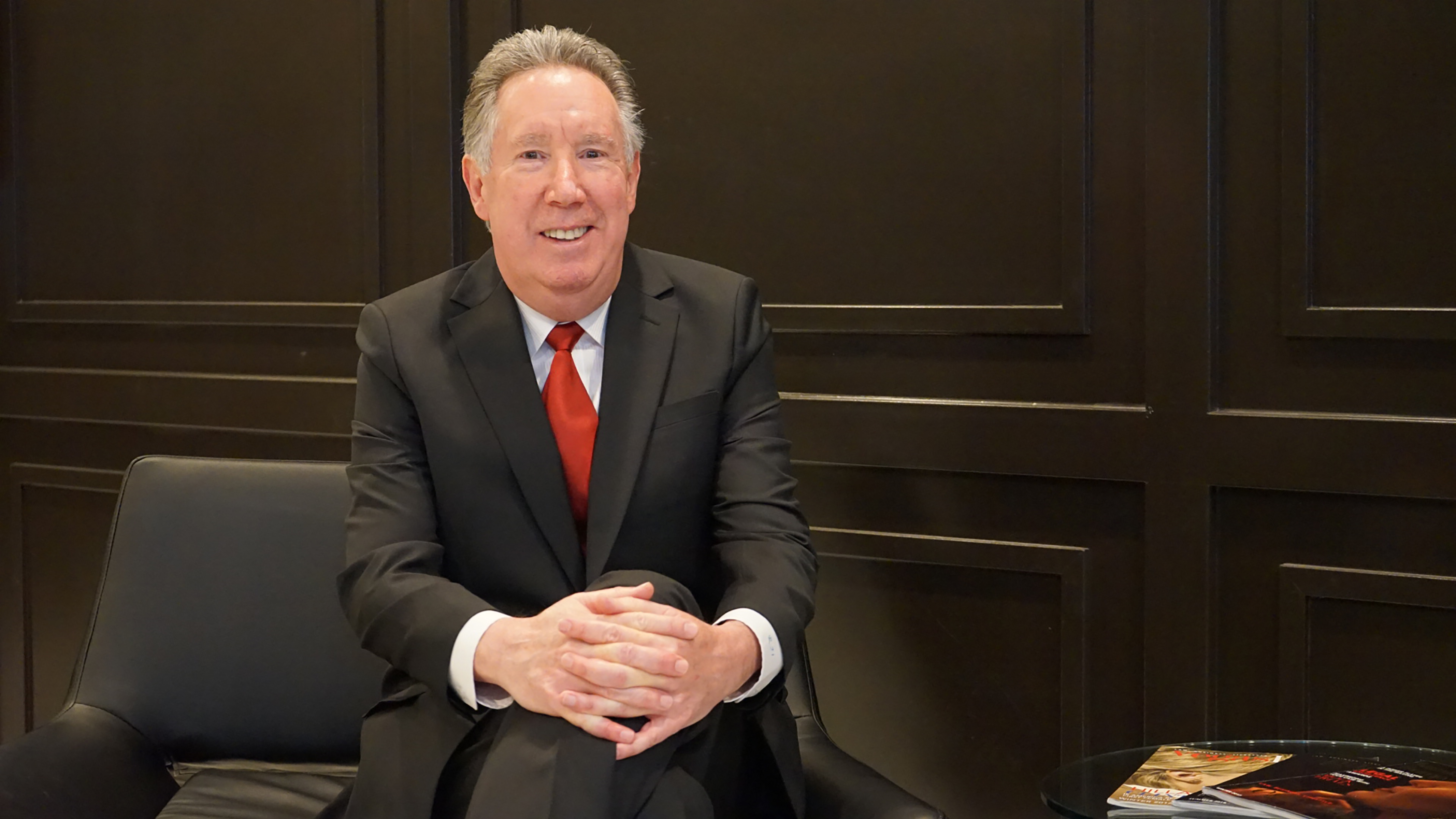 In this edition of Meet the Incumbent, we interview Judge Ronald J. Israel, a judge in the Las Vegas Eighth Judicial District Court, Department 28.

Vegas Legal Magazine: What in your childhood or young adulthood could you look back on and view as a sign of what was ahead for you in your law career? Did you have a moment when you knew what you wanted to do?

Judge Israel: Looking back on my childhood, the one thing that stands out as to why I initially became a lawyer was my path to becoming an Eagle Scout. My father was an Eagle Scout. Both my brothers and I followed in his footsteps and became Eagle Scouts as well. To become an Eagle Scout you have to earn merit badges and by doing so you learn a variety of subjects, including citizenship in the community and citizenship in the nation – which require a basic knowledge of history and government. On the road to achieving the rank of Eagle Scout, you have to develop self-reliance and leadership skills. I transferred those skills into my day-to-day life.

Unlike some of my friends, I did not have a specific defining moment when I decided to become a lawyer. My major was in political science specializing in survey research, which was a developing field when I was in college. I was interested in graduate school, and law school seemed like a good fit.

VLM: What do you love most about being involved in the law community in Las Vegas? Does it differ from practicing law or sitting on the bench elsewhere?

JI: When I first arrived in Las Vegas in 1981 there were approximately five hundred practicing attorneys. Since it was a much smaller community, everyone knew each other and it was a convivial atmosphere. Over the years, Las Vegas has grown exponentially, but the atmosphere has remained the same.

Practicing law and sitting on the bench in Las Vegas does differ from other places. I went to law school in California so it was quite a transition to the limited number of attorneys in Clark County. Sitting as a judge can be very isolating given the restrictions on socializing with attorneys who appear before you.

VLM: What is the most memorable case you tried as an attorney before taking the bench? Please share why.

JI: My most memorable case involved an elderly couple who were injured in a rear-end car accident. There was no damage to the vehicle, but the man and woman were legitimately injured. They had about three thousand dollars in medical costs. The defendants were denying the plaintiffs’ injuries. The jury ended up giving the couple everything they wanted. The jury really liked the couple because they were nice people and believable witnesses. Even though I was a novice, the jury liking the individuals appeared to be more important than the facts of the case.

VLM: What is the most memorable case you have presided over as a judge…and why?

JI: The most memorable case I have presided over as a judge so far was the second endoscopy trial. As many readers will remember, Dr. Desai’s endoscopy clinic was accused of re-using syringes, causing several people to acquire Hepatitis C. At the time, Hepatitis C was a potentially fatal disease. Plaintiffs in various cases sued the drug manufacturer alleging that the use of large vials to administer multiple doses of Propofol to consecutive patients caused the Hepatitis C outbreak. The case took almost two months to try and involved both local and out-of-state counsel. The jury returned a verdict of just over one hundred eighty-seven million dollars, which included punitive damages. The case eventually settled for an undisclosed amount after a third case went to trial.

VLM: What is the most challenging thing about sitting on the bench versus trying cases as an attorney? And was there something in your transition that took some getting used to?

JI: Sitting on the bench compared to being a trial attorney is completely different. One of the first things you learn at the National Judicial College is not interjecting yourself into the trial. As an attorney, you may want to make an objection, but as the trial judge, you have to be quiet and let the attorneys try the case. Sitting as a Judge is a transition. Recently I had another transition to a criminal docket. Of course, there is a learning curve when you take on a different docket. Although I have been doing civil trials for the last eight years, taking on the criminal docket with the daily scheduling is certainly different from the civil calendar. I spent several weeks watching other judges prior to starting a full criminal calendar and I am still learning every day.

VLM: Describe a situation where you had to support a legal position that conflicted with your personal beliefs, and how you handled it.

JI: I do not personally agree with Supreme Court decisions on all cases of course, but I do not make the law; I only enforce it. Currently, most of Nevada’s courts are dealing with the HOA foreclosure cases. I originally agreed with a federal court decision that decided that NRS.116 was facially unconstitutional. The Supreme Court in the SFR decision disagreed, and I have been following that decision and subsequent decisions ever since.

VLM: Describe a court situation that tested the limits of your patience. How did you respond? And in hindsight, would you have done anything different?

JI: There is no one situation that comes to mind, but pro per litigants need more time and very often need help with procedure. I try to remember what we were taught in Judicial College—to be patient and consider that individuals are always extremely nervous and unfamiliar with the circumstances.

VLM: What is your biggest pet peeve triggered by attorneys that appear in your courtroom?

VLM: What is your best piece of advice for litigants and/or attorneys that appear in your courtroom?

JI: Be prepared. The attorneys that always come in prepared have the best, consistent outcomes for their clients. They may not always win on a particular issue, but they usually prevail overall.

VLM: Knowing what you now know about your work, what advice would you go back and give your younger self about practicing law, or sitting on the bench?

JI: I would have tried to become a law clerk for a judge. I wasn’t interested in being a law clerk when I first graduated, but it is the best and quickest way to gain experience and learn real, practical matters.

VLM: What has being a judge meant to you?

JI: I got to the point in my career that I knew I wanted to be a judge. I knew it would not be easy. Similar to when I endeavored to become an Eagle Scout, I knew that becoming a judge would require self-reliance and hard work. Since Nevada has elected judges, I had to learn the hard way that politics is a major part of the equation. After being elected, the next step is the National Judicial College in Reno, Nevada. Then there is still the learning curve once you take the bench. However, the challenge and feeling of achievement when I reached that goal was satisfying. Now that I have been on the bench for almost eight years, I have the new challenge of taking on a split criminal assignment. Once again, there is a serious learning curve, but it is a new challenge to embrace and give it my best.