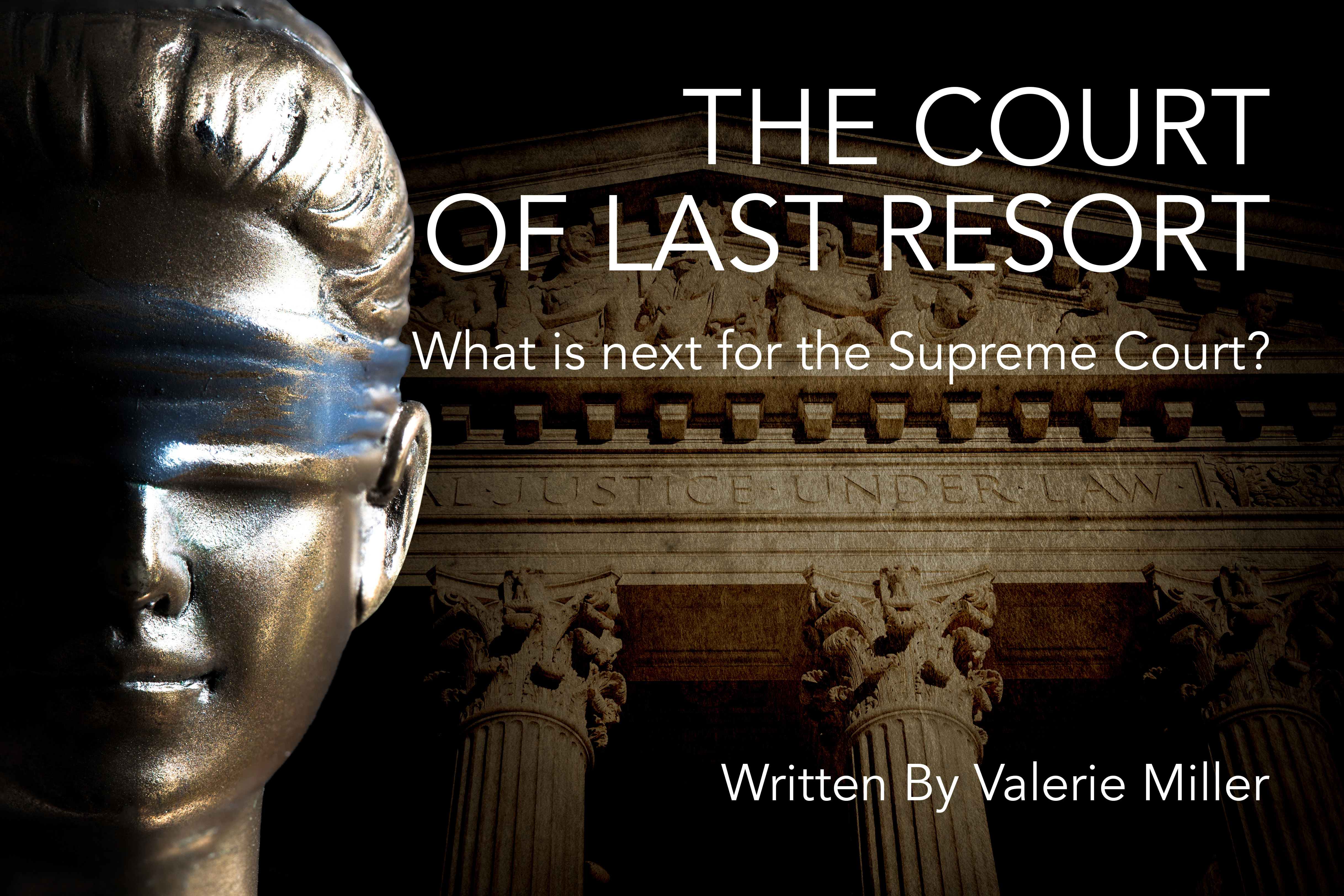 The Supreme Court, long known as “the court of last resort,” is now catching heat from both sides of the political aisles for both its actions and inactions. Gone, possibly forever, are the days of strictly viewing the court in terms of conservatives and liberals. Supreme Court observers have been left to read the tea leaves to figure out how this version of the court will rule—or decline to rule — on any given case.

In a country that is more politically polarized than ever before, the Supreme Court has a seemingly impossible task of trying to appear fair. That’s no small feat considering the court is made up of, at least on paper, six conservative and three liberal justices. During the four years of the Trump Administration, President Donald J. Trump made an indelible mark on the court, appointing three Supreme Court justices. That’s a third of the entire nine-member body. Trump’s picks included Neil Gorsuch, Brett Kavanaugh, and lastly, Amy Coney Barrett.

In December, however, many conservatives and Trump supporters were bitterly disappointed in the three Trump appointees as they voted not to hear a case challenging the November 2020 election results in some key states. The case was brought by Texas, with many other states joining in support. Las Vegas-based Pro-Trump radio host and author Wayne Allyn Root called the trio of Trump appointees “cowards” who are “afraid of their own shadows.”

Gorsuch and Barrett had been viewed as the most reliably conservative of Trump’s picks. Meanwhile Kavanaugh was more looked at as a “safe pick” conservative that most Republican senators could get behind at a time when they hardly had a vote to spare in getting a Trump pick confirmed.

Of course, Kavanaugh didn’t have a smooth confirmation in 2018, as Democratic senators hit him with decades-old allegations of sexual misconduct from the judge’s high school and college days. Kavanaugh was narrowly confirmed by the Republican majority after a spectacle was made at his confirmation hearing. Kavanaugh vehemently denied the charges.

The high court was set again at nine members after Kavanaugh’s confirmation, and stayed that way until the death of the liberal Associate Justice Ruth Bader Ginsburg in September of last year, after a long battle with cancer.

“As to the loss of Justice Ginsburg, I think it is incalculable the amount of intelligence and love of humanity that she brought to her job. Her work, over a period of decades, likely saved many lives, and definitely created a fairer and more equal country for all types of people,” McGinley reflects.

Again, as a result of the passing of Ginsburg, President Trump was given a chance to pick a Supreme Court justice, and this time it was a name that was on his short list for a long time: Conservative Judge Amy Comey Barrett. She was rumored to be Trump’s first choice to replace the retiring conservative-turned-swing-voting Associate Justice Anthony Kennedy in 2018.  But with basically no Republican Senate votes to spare, the president opted for Kavanaugh, who had seemed to have an easier path to confirmation. Of course, it didn’t turn out that way.

Barrett was confirmed to replace Ginsburg right before the November 2020 general election, in spite of Democratic lawmakers crying foul over the move. They pointed to the decision of Senate Majority Leader Mitch McConnell, R-Ky., to not hold a confirmation hearing for Judge Merrick Garland in the months before the 2016 presidential election. Then-President Barack Obama had nominated Garland to fill the seat left vacant by the sudden death of Associate Justice Antonin Scalia earlier that year.

After his inauguration in 2017, then-President Trump picked conservative Judge Neil Gorsuch to fill Scalia’s seat. But after his own inauguration, President Joe Biden picked Garland to be his attorney general.

The arrival of the COVID-19 pandemic has resulted in restrictions on civil liberties that would have seemed unimaginable in the United States in just a few years ago. Churches were ordered to close for the sake of “public safety,” even as other businesses were sometimes allowed to stay open or have fewer restrictions.

In Alito’s keynote address at the group’s 2020 National Convention, the conservative justice asked: “What has (the pandemic) meant for the rule of law?”

Though Alito was adamant that he was “not diminishing the virus’ threat to public health” or the “legality of COVID restrictions,” Alito maintained that the pandemic “has resulted in previously unimaginable restrictions on individual liberty.”

Alito pointed to a Nevada case involving the Calvary Chapel outside Carson City. The church unsuccessfully petitioned the Supreme Court this past summer to allow it to increase its capacity at worship services. The request came at a time that restrictions by Democratic Nevada Gov. Steve Sisolak had limited religious gatherings to 50 attendees. At the same time, he had permitted casinos to operate at 50 percent of their capacity. Alito criticized his own court for denying the chapel’s petition. Alito argued that the court “allowed (religious) discrimination to stand.”

The justice worried about religious freedom. “Religious liberty,” Alito warned, “is fast becoming a disfavored right.” When referring to what Alito called the new “second-class rights,” he also expressed his fears over eroding Second-Amendment gun rights in the United States.

“The ultimate second-class right in the minds of some is the Second Amendment,” the justice told the Federalist Society.

Boyd Law Professor Ann McGinley doesn’t like the direction of the Supreme Court. That said, she does see some positive steps to protect civil liberties.

“As it is today, the Court is configured to give much greater deference to corporations than to people and to ignore the importance of our civil rights,” McGinley says. However, McGinley was pleasantly surprised in the Bostock case, which was “about whether Title VII forbids discrimination based on sexual orientation and/or transgender status.”

McGinley says the result in that case was “good,” but she still  “believe(s) that the Court created a giant gaping whole — as an exception — when it noted at the end of the opinion that an employer’s religious beliefs may, in the future permit, discrimination in the workplace based on sexual orientation and transgender identity.”

What’s Next for the Court?

The second major constitutional challenge to the Affordable Care Act is one of the biggest cases for the Court to decide.

Beyond even the court docket, however, the very make up of the court, is subject to change now that the Democrats control the presidency and both houses of Congress. 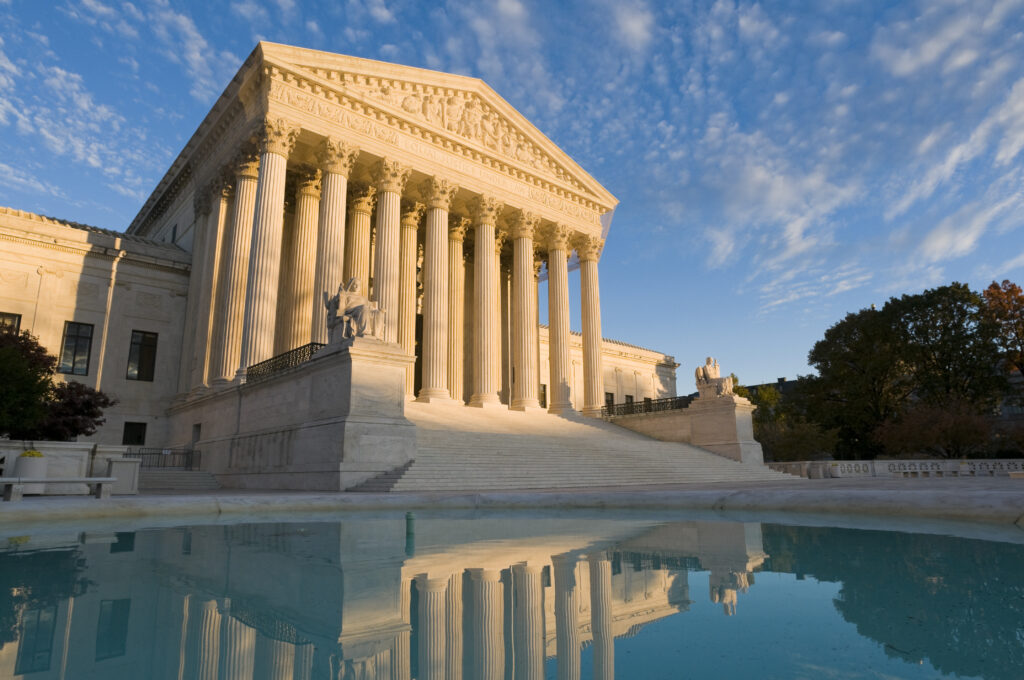 Leslie Griffin, who is a professor at UNLV’s Boyd School of Law, says the calls of some democratic lawmakers to increase the number of justices from the current nine is unlikely.

“I’d be surprised if the Biden administration tried to grow the Court…but you never know,” she says.

Griffin also points to the diminished power of Chief Justice John Roberts in the Court. “Many people think Roberts is no longer the swing justice, as Barrett replacing Ginsburg means there are five—with her joining (Associate Justice Clearance) Thomas, Alito, Gorsuch, and Kavanaugh–to make a majority without looking for Roberts’ vote.

Radio personality Root firmly believes the Democrats will “pack the Court” and isn’t afraid to say it.

“I believe liberals will soon pack the court,” he insists. “We have a radical administration who learned from Saul Alinsky and other radical Marxist thinkers, that ‘the ends justify the means.’”

Alan Stock, a longtime local conservative-libertarian radio personality is doubtful that the “moderate” Democrats will allow the number of Supreme Court judges to be increased.

“I don’t think ‘court packing’ will happen as there are not enough senators to go along with this fascist idea,” Stock predicts. “There are Democrats who realize this is B.S. and nothing more than a grab for control.”

“The cultural war will continue over the next four years,” he warns. “We are in the midst of a cultural civil war…make no mistake about it.”

Valerie Miller is a Las Vegas area-based journalist. She can be reached at (702) 683-3986 or valeriemusicmagic@yahoo.com.