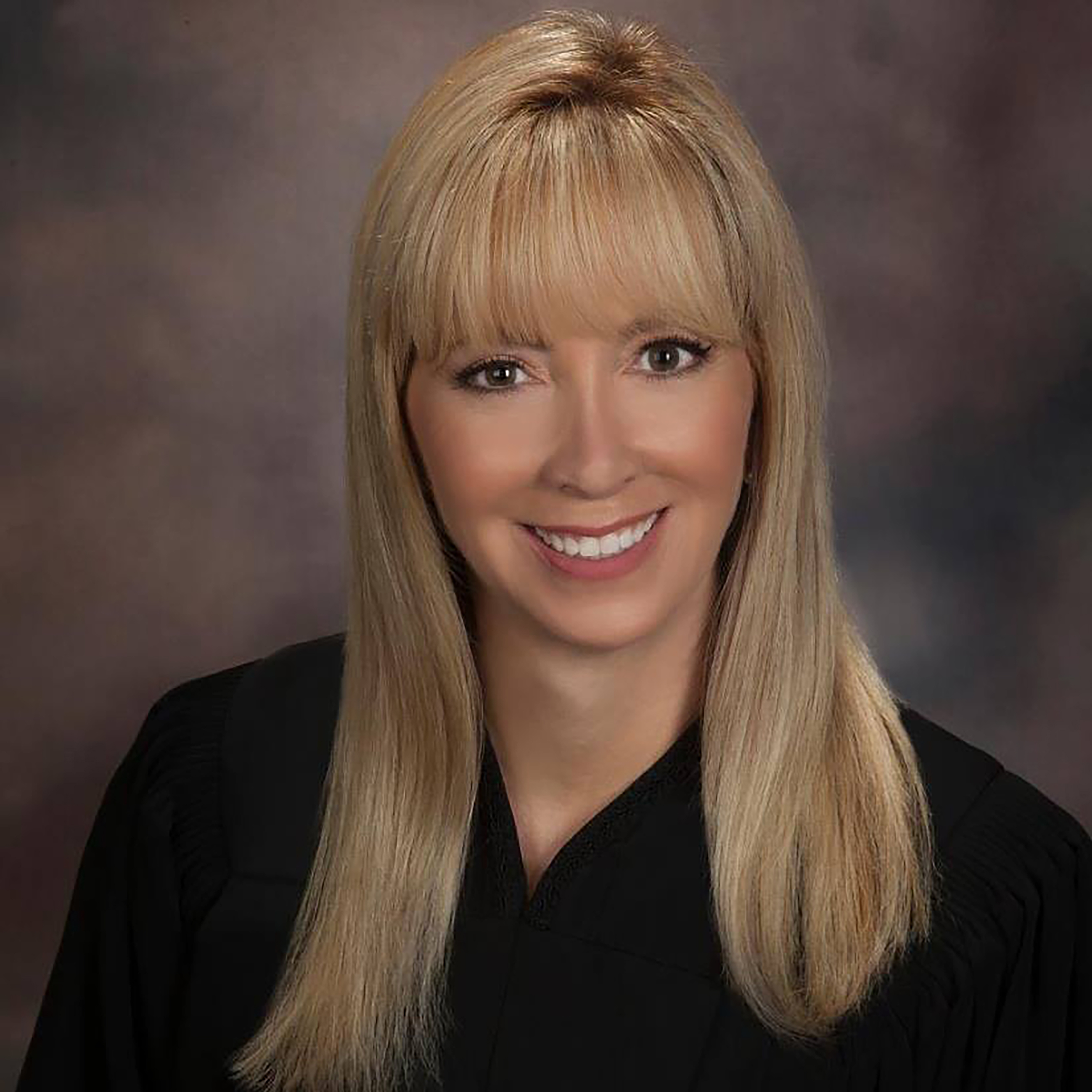 Judge Suzan Baucum is a native Nevadan. She is a graduate of Western High School in Las Vegas, receiving her undergraduate degree in Political Science from Macalester College in St. Paul, Minnesota. She earned her Juris Doctorate from the University of Idaho where she served as the Notes and Comments Editor of the Idaho Law Review.

For nearly a decade, Judge Baucum oversaw the largest caseload of any DUI county in the country and was proud to institute many technologies and programs that not only saved lives but decreased recidivism. Judge Baucum has also served as a Judge Pro Tempore for the Las Vegas Municipal Court and the North Las Vegas Justice Court.

Prior to her tenure in Department 13, for 19 years Judge Baucum was the Executive Director of the Nevada Law Foundation, a non-profit group here in Nevada dedicated to serving the legal needs of our state’s less fortunate and indigent citizens- particularly victims of domestic violence, and children in need of protection.

Judge Baucum’s Legal career covers a wide range of law, including prosecuting both civil and criminal matters with the Ada County Prosecutor’s office. Following graduation from law school, she worked with a firm located in Reno, Nevada. During her time with this firm, she handled criminal, personal injury, real estate, and general business matters. Judge Baucum has also served as a State Training Specialist and Staff Attorney for the National Council of Juvenile and Family Court Judges.

Judge Baucum has always believed and continues to believe in being an active part of both her profession and her community. She is a fellow of the American Bar Association, a member of the Clark County Bar Association, the State Bar of Nevada, and a Colleague of the Nevada Law Foundation. She has served as co-chair of the Criminal Justice Coordinating Council. On the Board of Directors for the Child Assault Prevention Project, the Eighth Judicial District Pro Bono Foundation, and the board of the Las Vegas Dance Stars.

Judge Suzan Baucum has volunteered for the Red Cross, Jerry Lewis telethon, United Blood Service, the American Heart Association, and the American Cancer Society. She has also served as a Court Appointed Special Advocate (CASA) for Children in need of protection by the courts and as a counselor for Lincoln House, a home for unwed mothers in St. Paul, Minnesota. She served as a room mom for many years at her children’s school and directed the annual school pageant.

Judge Baucum is also involved in reading on a regular basis to children at the elementary school level and spends countless hours providing information to our area youth regarding the perils of diving under the influence.

You can learn more about Judge Baucum by visiting her website: https://www.judgesuzanbaucum.com.