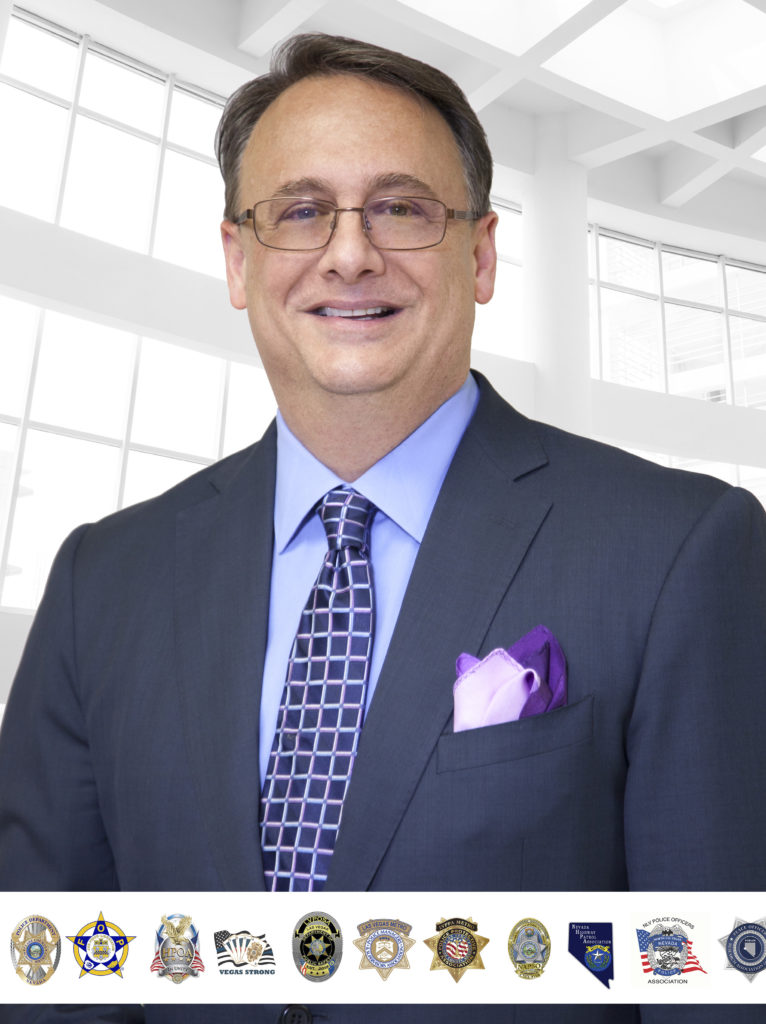 Judge Scotti presently serves as District Court Judge for Department 2 in Clark County, a position he has held since 2014. He has 30 years of legal experience. He is a Life Member of “The Fellows of the American Bar Association,” – a global honorary society of the top 1% of attorneys and judges.

Judge Scotti presides over Civil and Criminal cases and has been honored by the Court with his appointment as the head of misdemeanor and summary eviction appeals. He has also presided over Veterans and DUI Courts, served on the medical malpractice and construction defect teams, and supervised the Court’s official Settlement Conference Program.

The Nevada Law Enforcement Coalition – representing nearly 100 law enforcement agencies in Nevada, wants Judge Scotti to be re-elected, and has recently endorsed him.

Judge Scotti has an extensive history of service to the legal community. Lawyers elected him twice to serve as a Governor of the State Bar. The Nevada Supreme Court appointed him as Settlement Judge for Appeals for ten years, as well as Mediator for the Nevada Foreclosure Mediation Program. He wrote on “Contract Defenses” for The Communique. Further, he has volunteered time to “Project Real,” “Trial by Peers,” and moot court competitions.

Ethics in law has been significantly advanced by Judge Scotti. Twenty-five years ago he worked on the Clark County Professionalism Committee to market the “Lawyers’ Pledge of Professionalism.” He is most proud of his service as Chairman of the State Bar Civility Committee, which developed the mandatory Attorney “Oath of Civility.”

Judge Scotti graduated with high honors in the top 10% of his class from Hastings College of Law in 1988 – earning the coveted “Order of the Coif” award. His peers officially rated him “AV Preeminent,” meaning the “Highest Possible Rating in Both Legal Ability & Ethical Standards” – a distinction he has held for the past 7 years.

Prior to his last election, Judge Scotti excelled in the fields of complex civil and business litigation, construction, real estate law, and dispute resolution. He served as Prosecutor and Counsel for the Nevada State Contractors Board, protecting public safety, protecting homeowner rights, and protecting workers’ rights to fair wages for fair work. Further, he was author of early editions of the Nevada section of the “Design-Build Deskbook” of the American Bar Association.

Judge Scotti has dedicated his career to community service. Years back he worked closely with the Las Vegas Review-Journal as Editor for the “Ask-A-Lawyer” column. He served on the State Client Security Fund Committee, resolving complaints against lawyers. The State Bar promoted him to the positions of Arbitrator then Director of the Fee Dispute Arbitration Committee where he resolved hundreds of client billing disputes. For various community groups, he has lectured on “The History of the Jury Trial.” He has taken on cases for indigent persons. Further, he has spoken at schools regarding Civics and the Constitution.

Judge Scotti and his wife of 33 years are proud to have been Clark County residents since 1992, and to have raised their two children here.

Judge Scotti would be honored to continue his service to the people of Nevada.

ENDORSED BY ABT. 100 LAW ENFORCEMENT AGENCIES IN NEVADA